// // The soundtracks that’ll change your life

For a music editor I didn’t have the best musical start in life. The music I associate with my childhood is Gina G, Dido and Meredith Brooks in my mum’s car, and various classic rock compilation CDs in my dad’s. Sure, I watched Top Of The Pops each Friday and taped the charts from the radio on a Sunday, but who in my small village in the north of England was going to teach me about all the other really awesome stuff out there? Well, The OC was a great place to start with Death Cab and Modest Mouse making regular appearances, but it was my favourite film soundtracks that really did it. Here are the ones that’ll change your life.

Sofia Coppola’s Lost In Translation, 2003
As the viewer arrives in Tokyo with Bill Murray’s Bob Harris, together we gaze out of a cab window at the night-time neons to the sound of Girls by Death In Vegas. It’s otherworldly as hell and Japan never looked so appealing. Later we meet Charlotte curled up in the window of her hotel room, gazing out across the city. Squarepusher’s Tommib is playing and it’s beautiful, melancholy and very peaceful. “Tokyo is so fucking big it’s blowing my mind,” thought a then 18-year-old Scarlett Johansson, probably. “I’m feeling pretty bummed because my boyfriend sucks,” thought Charlotte, definitely.

Later on, ScarJo heads off to Kyoto, alone, listening to – you guessed it – Air’s Alone In Kyoto. It’s contemplative and conjures up images of tradition and Japanese landscapes… which is perfect because that’s literally what she goes to see in Kyoto. Sofia Coppola once said in an interview that she “wanted to create this sense of disassociation, of being in this kind of unfamiliar, alienating world.” Welcome to Japan. Welcome to the first stage of your musical education.

Being set in Japan, of course there’s a karaoke scene! Roxy Music, The Sex Pistols and Elvis Costello all get butchered, but Charlotte does a great job of Brass In Pocket by The Pretenders while wearing that pink wig and making Bob notice her. Back to the 80s in time for the ending as The Jesus and Mary Chain’s Just Like Honey urges us to listen to the girl as she takes on half the world. The girl is Charlotte and after a hug, a secret whisper and a little cry, she’s off to sort her life out and Bob leaves us exactly as we met him, in the back of a taxi. This film is just like honey – super sweet and sticky in the sense that it’s stuck on repeat in our hearts.

Wes Anderson’s Royal Tenenbaums, 2001
Wes Anderson’s use of Nico, Nick Drake, The Kinks, Cat Stevens, Bowie, Francoise Hardy, The Beach Boys, The Rolling Stones and The Creation significantly improved my live. Across his filmography he has succeeded in brightening up the muted, well-structured worlds of the moody child geniuses and jaded adults – both his characters and us lot watching – with brilliantly selected modern classics. The Wes Anderson way is big families and complicated love affairs, the biggest family and most complicated love affair probably occurring in The Royal Tenenbaums where Richie Tenenbaum is in love with his adopted sister Margot Tenenbaum.

In one scene, Elliott Smith’s emotional Needle In The Hay plays on and on as Richie cuts off his hair and beard, piece by piece, before looking in the mirror and telling himself, “I’m going to kill myself tomorrow.” Instead, he attempts it right away, his wrists bleeding across the white sink. An altogether more cheery scene is soundtracked by Paul Simon’s Me And Julio Down By The Schoolyard. Figuring they must be bored of their structured life, Royal Tenenbaum takes his grandsons Ari and Uzi go-karting too fast, jumping into pools, water bombing taxis, shoplifting juice, riding on the back of rubbish trucks and, um, dog fighting.

Next up, Margot’s husband looks through a private investigator’s report on his wife, and as stories of her past – from running away from home as a child to marrying strangers on beaches – flash through his mind, The Ramones’ Judy Is A Punk fits the mood just right. It’s Nico’s These Days that plays during the much-Tumblrd moment that Margot steps off the Green Line bus in slow motion to meet her brother/lover. And in that very moment, her lined eyes, fur coat, and blonde bob inspired a whole generation of Halloween costumes.

Quentin Tarantino’s Pulp Fiction, 1994
Tarantino is another director you can rely on for killer soundtracks. Right at the start of Pulp Fiction, Vince and Jules drive around listening to Kool and the Gang’s Jungle Boogie and discussing the weird ways people eat fast food in Europe. Soon we meet Bruce Willis’ Butch in a red lit bar as he listens to Marsellus Wallace’s deep voice over the smooth, smooth sounds of Al Green’s Let’s Stay Together and agrees to lose his next boxing match.

Son of a Preacher Man by Dusty Springfield is spinning on the record player and Vincent fixes himself a whisky while his date for the evening watches on via her security system. The duo head off for dinner and Chuck Berry’s You Never Can Tell plays through the iconic scene where, post five dollar shake and bloody as hell burger, Mrs Mia Wallace demands that Vincent Vega join her in the world famous Jack Rabbit Slim’s twist contest. Their moves are impossibly cool and for good reason; Tarantino has said that he was inspired by the moves in Godard’s Bande à part.

More dancing back at Mia’s place now to an Urge Overkill cover of Neil Diamond’s Girl You’ll Be A Woman Soon. Vince is off having a wee and reminding himself that he’s with his boss’ wife as she dances around the living room in his coat. Slipping her hand into his pocket in search of a lighter, she finds a baggy full of what she wrongly presumes is cocaine. Oh dear Mia. Not to worry, there’s still a bunch of country and surf rock to come! Back to our soon to be ex-boxer Butch as he drives around feeling positive and singing along to The Statler Brothers’ jolly Flowers On The Wall on the car radio before, OH SHIT, the man he’s been avoiding crosses the road right in front of him. Fast forward to just before the credits now and after Jules has reclaimed his BAD MOTHERFUCKER wallet, he and Vincent stroll out to The Lively Ones’ Surf Rider in their borrowed casualwear – the only way one should ever stroll out of a diner that’s being held at gunpoint.

Enjoy the playlist with all the soundtracks mentioned by Frankie Dunn here: 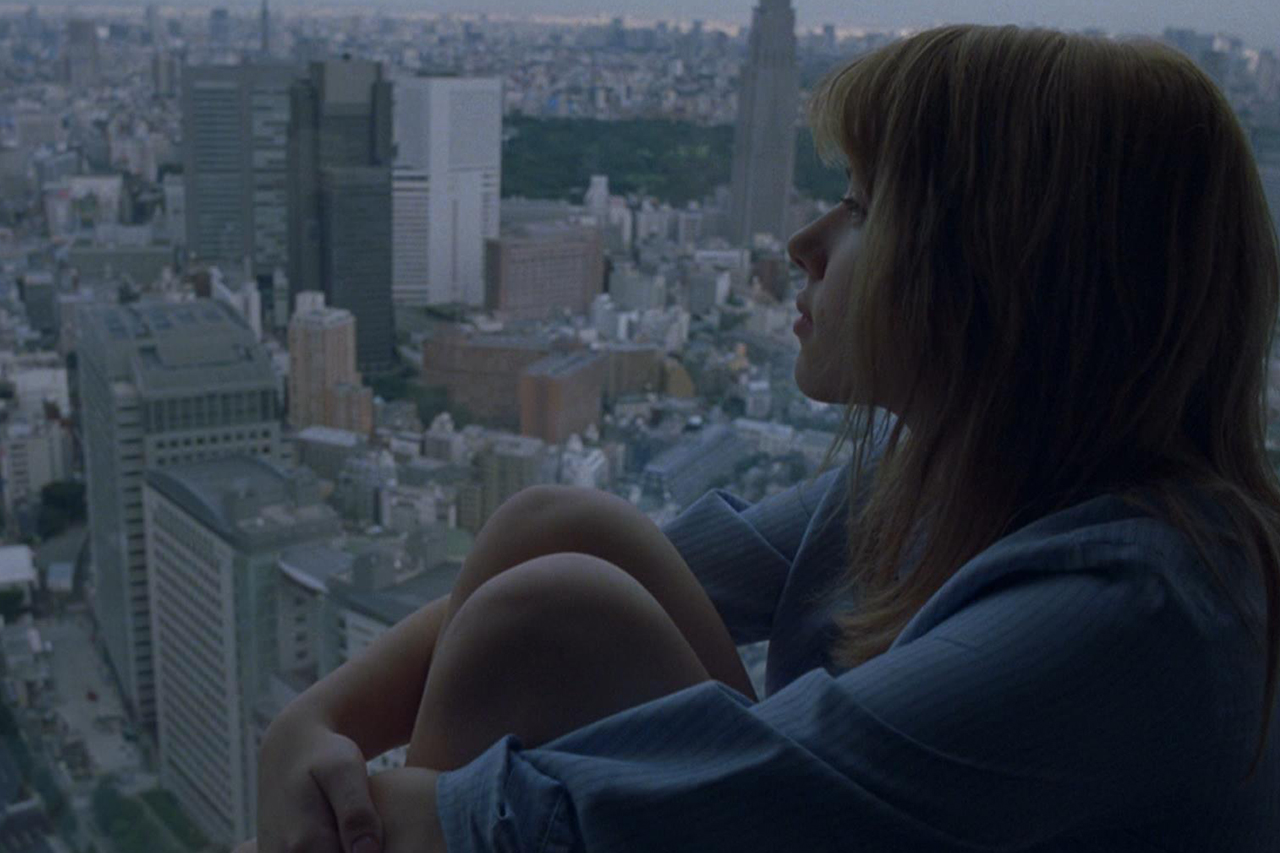 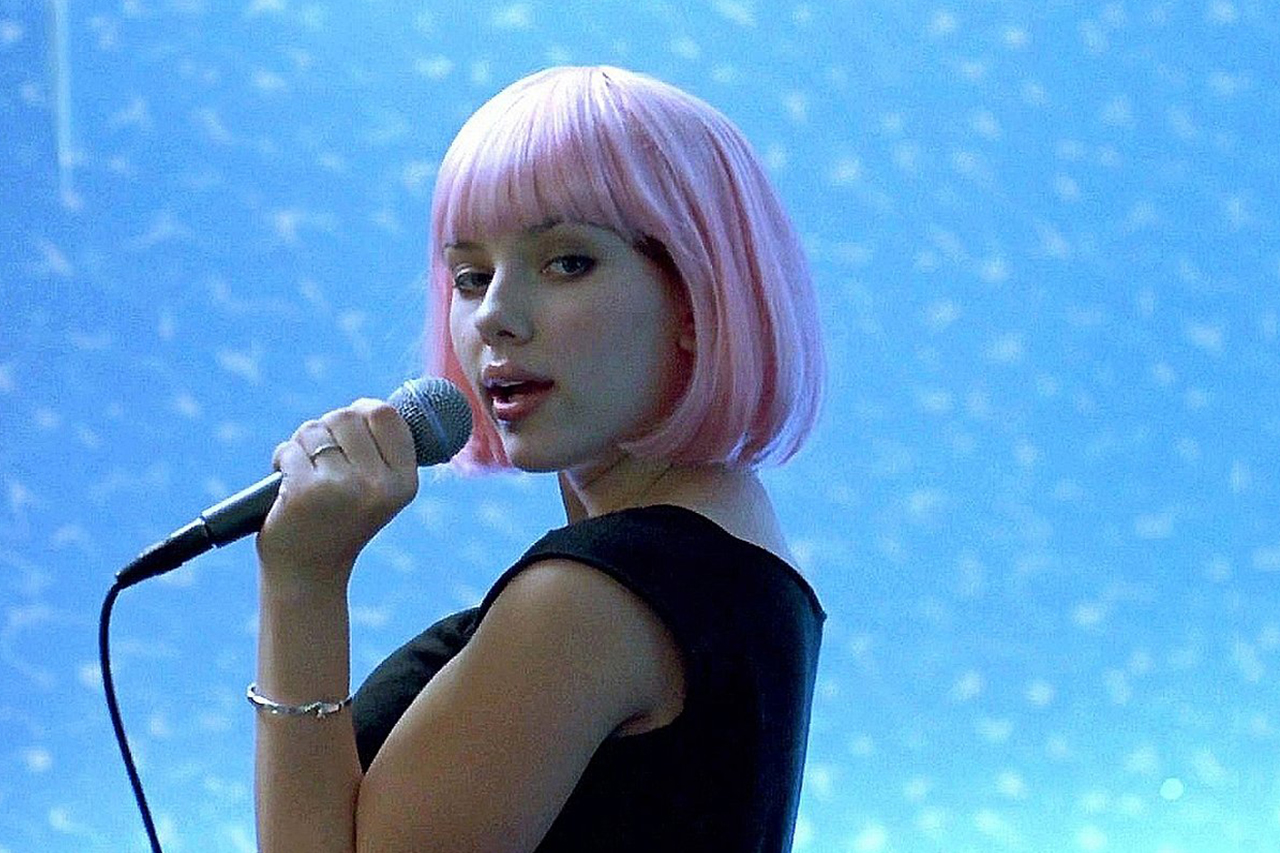 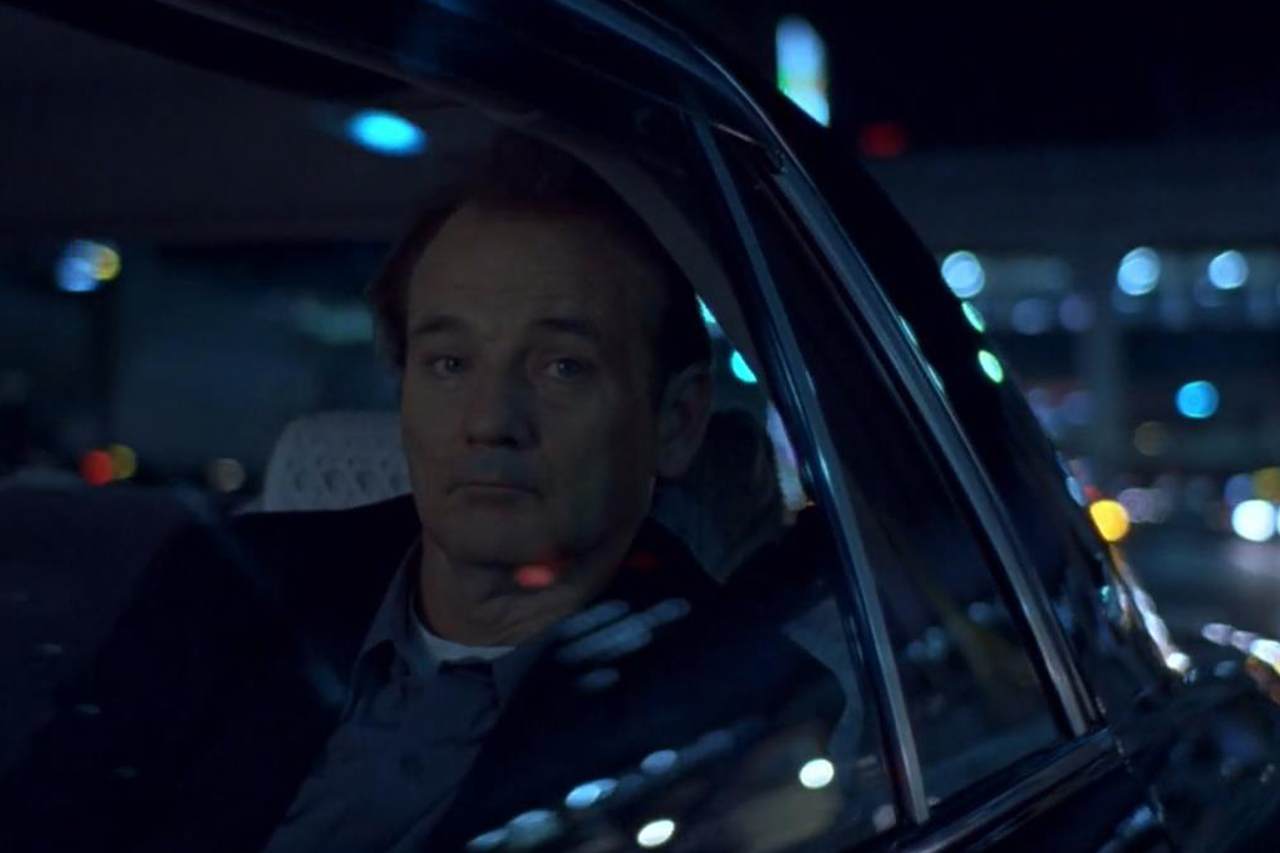 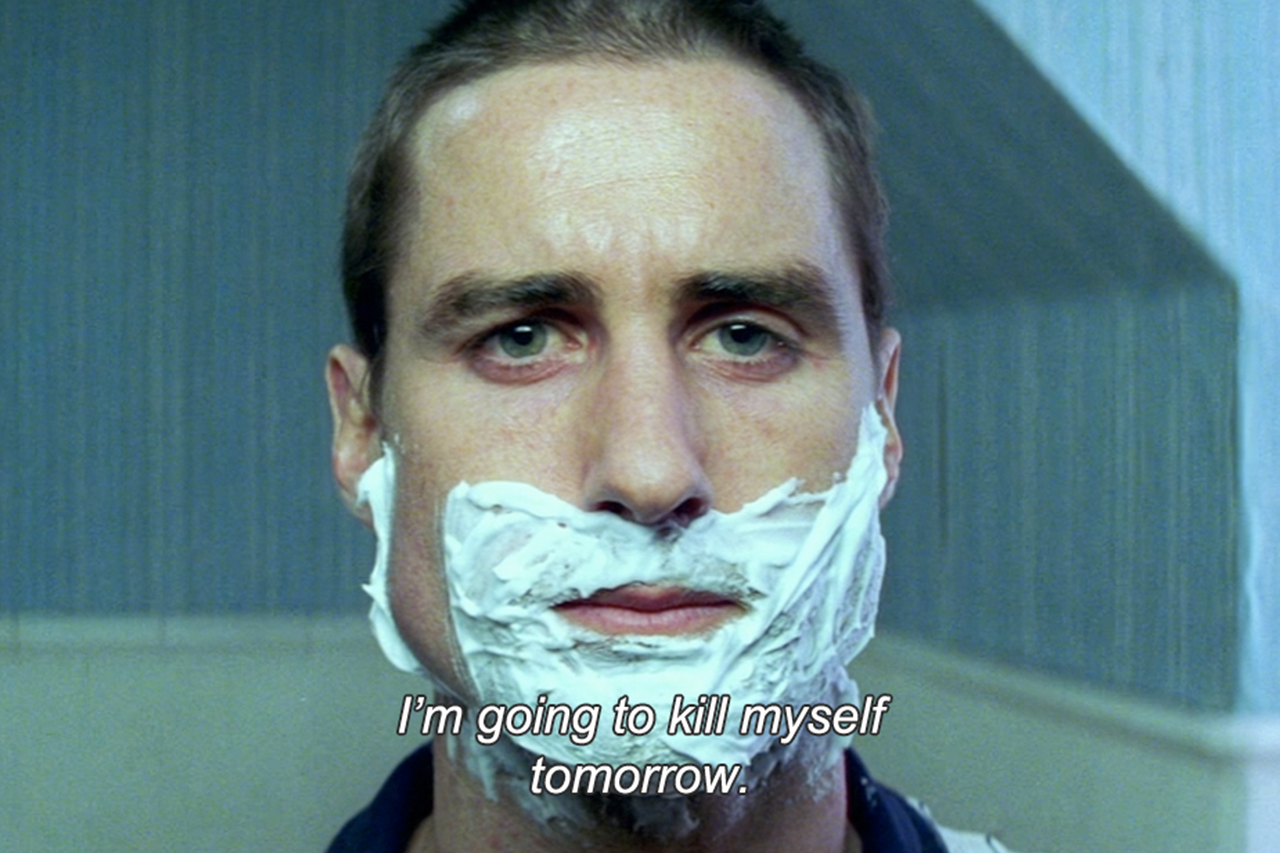 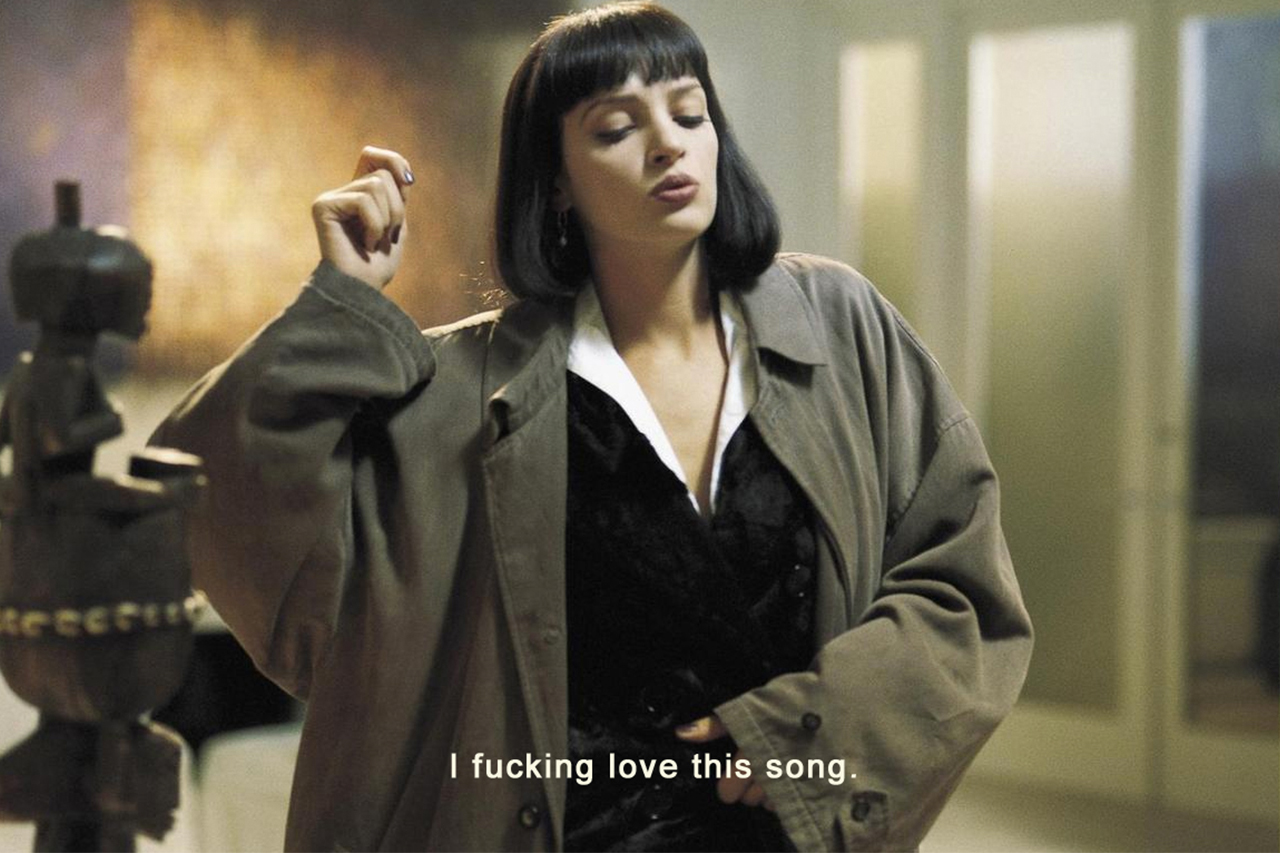 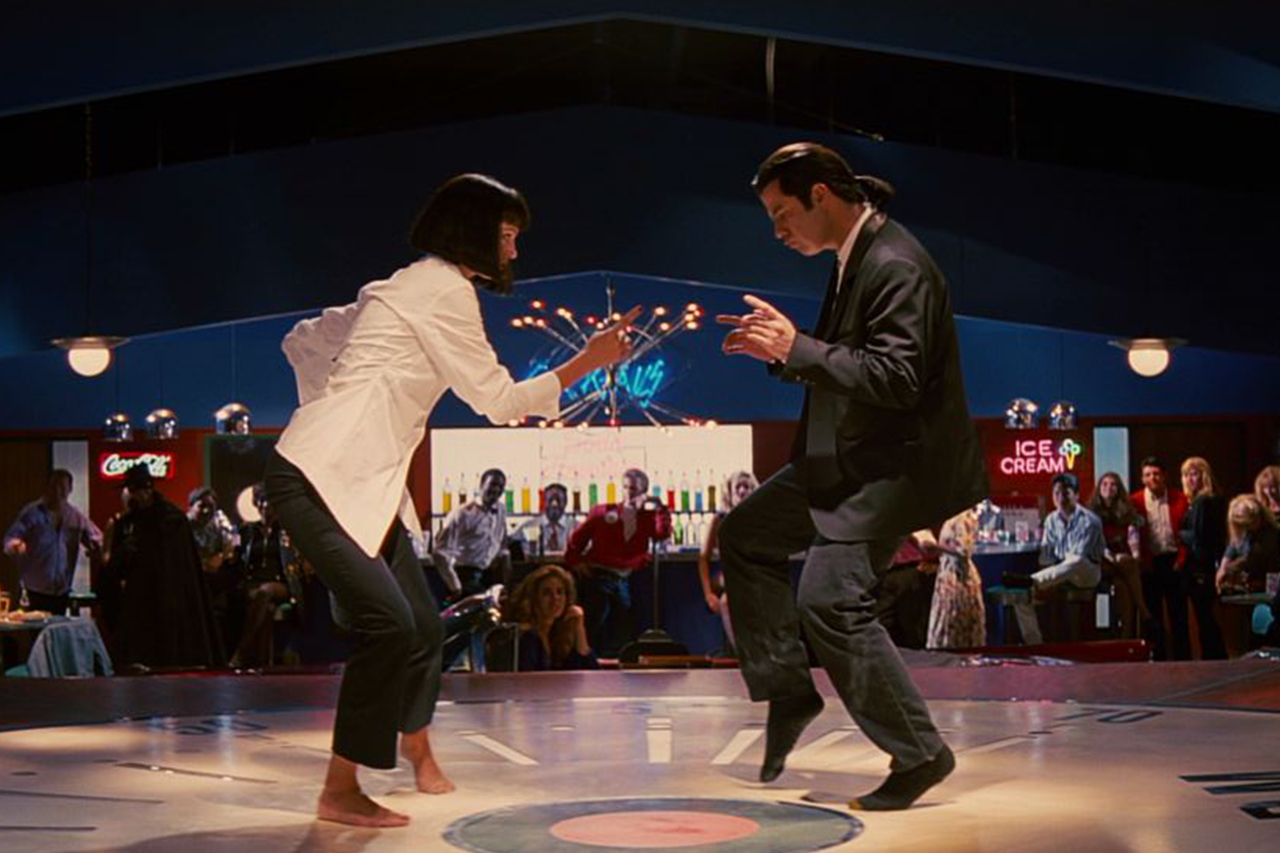 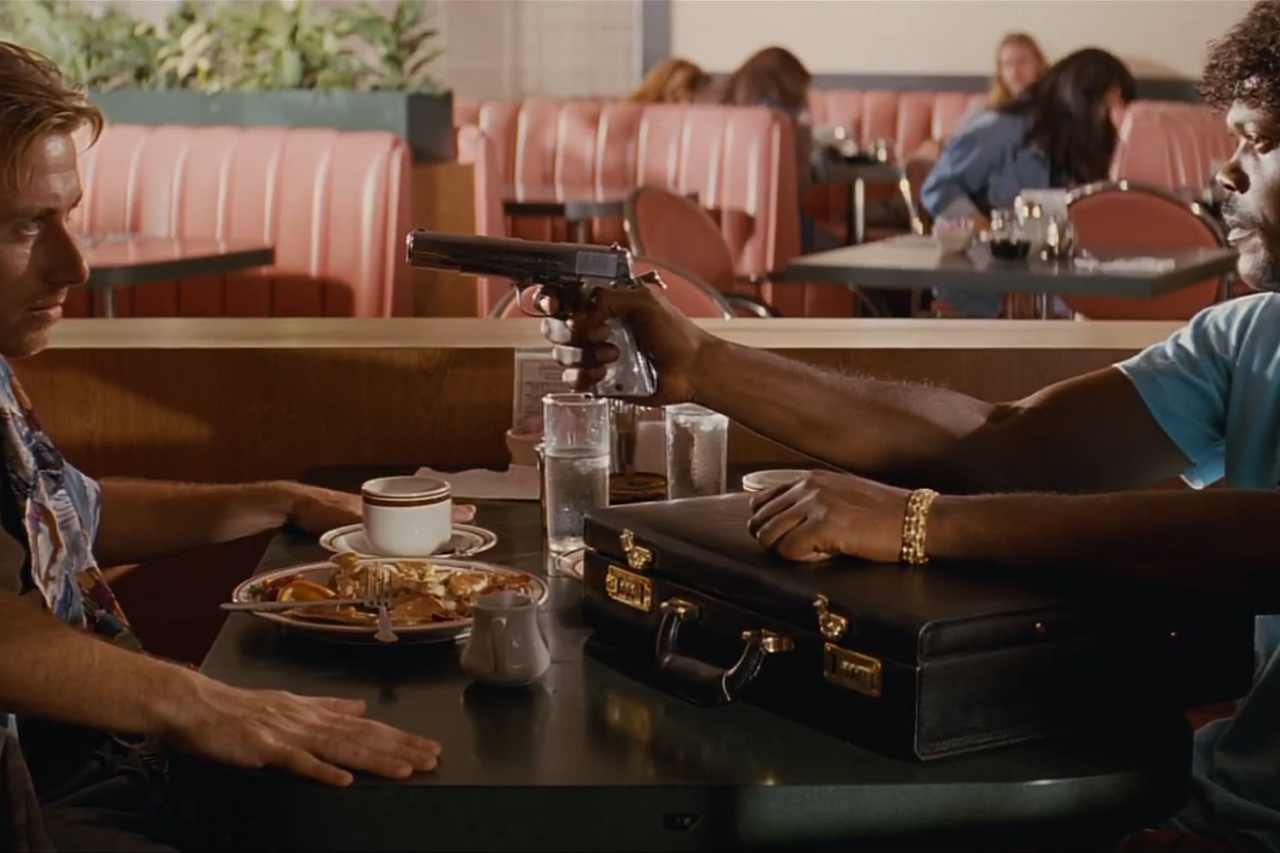