// An ode to the greatest of all countries

Ever since my childhood, the dream of leaving the remote, tiny, wheat field-filled village I grew up in has driven each and every single major decision in my life.
A typical Italian countryside town, placed in a flat valley – the flattest of them all I might add – where you can clearly notice the four seasons swift by, due to the extensive flora and agrarian landscape. In spring it’s all blooms and sweet smell, in the fall the color spectrum leans towards warm shades of red ,orange and yellowish brown before all leaves fall to the ground leaving the trees naked, whilst dense fog hugs the city and the warm scent of burning wood filters through the chimneys.
Kinda like that famous poem by G. Carducci.
A nightmare of a poem that every kid is forced to memorize and recite by heart standing in front of their classmates under a dusty yet proudly hanging Jesus Christ figure nailed to the slowly peeling light-painted wall, symbol of a country where school funding is subject to drastic cuts year after year yet protected by the Holy Ghost.
It’s the kind of place where everybody gets in your business and your mom is not worried about GMOs because the local butcher slaughters the cows directly in his backyard.

I grew up not wanting to be Italian. Not because I was ashamed of where I was from, but more because my fascination for American pop culture took over and being Italian seemed…so boring.
At age 10, I could clearly rap along to Eminem lyrics, but I didn’t know one word to the popular radio  songs that won the renowned Festival di San Remo that year.
I was rejecting my heritage, and dreamed of belonging somewhere else. Until it happened. In July 2010 I received my acceptance letter to a college in Los Angeles, packed my bags boarded an Alitalia flight and left Medolla behind.

It’s been 7 years since I left Italy for good for the first time. The first two years were awesome. Finally my dream had come true, I was away from the provincial gossip and narrow minds that filled my town, however it wasn’t long after I started realizing the grass wasn’t greener on the other side.
“Can you make chicken Alfredo?” – a is a frequently heard question that still haunts me to this day. The day I found out about “Chicken Alfredo” is the day that made me regret leaving Italy the most.
My college peers were intrigued and weirdly obsessed with my cultural background. They all envied the fact that I was from Italy, but for some reason they kept mentioning Paris, as if geography was never taught to them (I went to a school for very dumb people, who were merely interested in fashion cause of The Hills, I later found out).
Los Angeles is a great city, full of brilliant individuals, but like the majority of USA, its population is not extremely cultured or open minded, or even own a passport.
There’s no culinary etiquette, and you can easily punch through the walls. People grew up not sitting together for dinner and eating burritos for breakfast.
Tell this to my grandmother, and she might have a heart attack. In fact, my grandmother came to Los Angeles for my graduation and made lasagne with pre-packaged dough and it was a complete disaster… however my American friends slurped the whole pot and even asked for seconds while me and my mother were laughing with tears at my nonna’s first kitchen failure.

Fresh, organic produce was a luxury here and needless to say adapting to the new dietary system I was thrown into, made me inflate exponentially over the course of two years.
Oh how I dearly missed my mom’s lunches and thin crust pizza.
I quickly started understanding  the weird obsession foreigners have with Italy. That obsession that pushes Instagram influencers and fashion bloggers from around the world to plan summer trips to Cinque Terre and share over edited pictures in front of the colorful houses overlooking the crystal clear water of Amalfi Coast’s beaches.
And soon I became almost patriotic. Or better yet I started to fight for my country’s image whenever I could.
When people joked about Berlusconi, I would find 10 reasons why you should not focus on Italy’s corrupted politics but more on how my country had buildings that have been standing up for a thousand years as opposed to feeble, highly flammable walls of California homes. Or the public art on display at every corner in the major cities. Or on how without Italy, they wouldn’t have the pizza they like to put pineapple on.

Italy is the greatest place on earth….when you don’t live there.
The green valleys of Pianura Padana, the chameleon orange stone of Dolomiti mountains, the white beaches of Sardinia and the volcanic rocky ones of Aegadian islands…this overwhelmingly beautiful and versatile landscapes are not to be found elsewhere.
The wines from Chianti, the heavy fried dishes from the deep south, the comfort food polenta from Sud Tirol.. each region has its charm and peculiarity.
No wonder so much talent and creativity comes out of this boot-shaped bewitching piece of land that was once the most sought after territory at the center of every kingdom’s expansion plan.

The greeks, normans, moors, byzantines, Spanish and Napoleon are just some of the names of whom wanted a piece of our precious land. A land so blessed by “God”, that even one of the highest powers decided to call home: the Vatican. It is not a coincidence if one of the 12 apostles put down the stones for the most important church of the world here.

The historical cultural mix is what make Italians so unique. We, as people, are the result of thousands of years of genetic blending that gave us the creativity to design the first Ferrari, to blend ice and milk for the first time and make delicious gelato, to open the first university in the world or design the Moka coffee pot. Italy birthed great leaders like Cesar and inventors like Galileo Galilei.
But what differentiates us from the rest of the world is the warmth and happiness of our people. The strict attachment to family that brings us together on Sundays for lunch at grandma’s.
That joy that makes us natural socialites and calls for daily aperitivos at our favorite bar with our friends, not to mention that passion that drives us in everything we do and makes us great entrepreneurs all over the world.

There’s always a sort of sad nostalgia linked to the “emigrant” lifestyle, and the older I get, the more I understand my dad’s obsession for his birthplace Sicily.
The grounds he left at 14  but that taught him everything about dignity and honor.
If I look back and think I spent my child/teenagehood dreading Italy and wanting to escape, I kind of regret it.
Leaving my home not only meant leaving behind bad primetime TV programs and great bubbly wine.
It also meant leaving behind the love and care that only my mom is able to give me, my grandma’s lasagnas and the summers at the beach with my cousin.
I am missing out on daily pre-dinner drinks with my best friends and my brother’s football games. The fights with my sisters and going to the stadium with my dad.
I often wonder if the grind, solitude and sacrifice is worth missing out on things that really matter in life, all for the sake of “making it” as Italy doesn’t support creative talent as much as they should.
Sometimes I think I should go back and use my freedom and openness to bring something new back to my country and fight for its improvement.
Turn the anger generated by seeing my country’s internal decay into energy to change things.
Especially after being all around the world and never finding a place I could call home like that incredible boot-shaped piece of land. 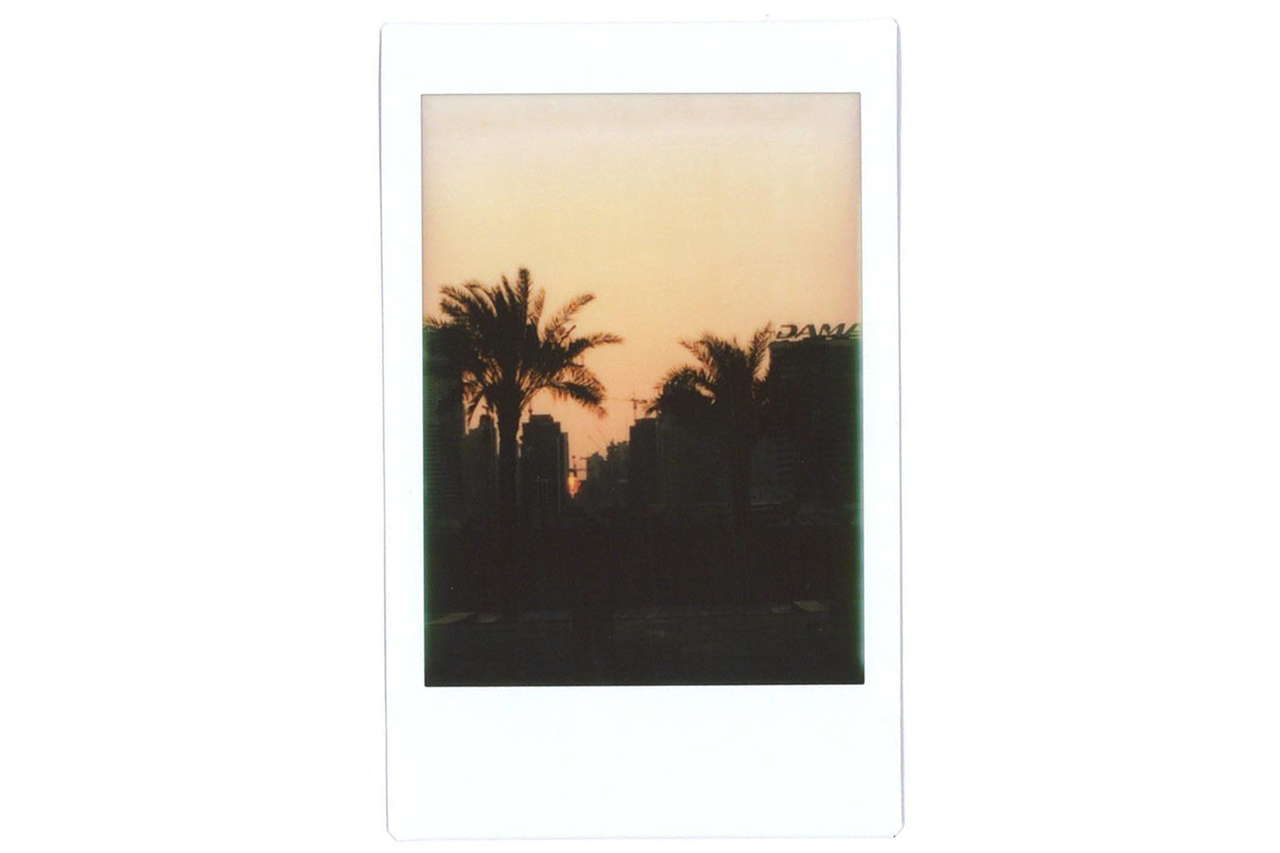 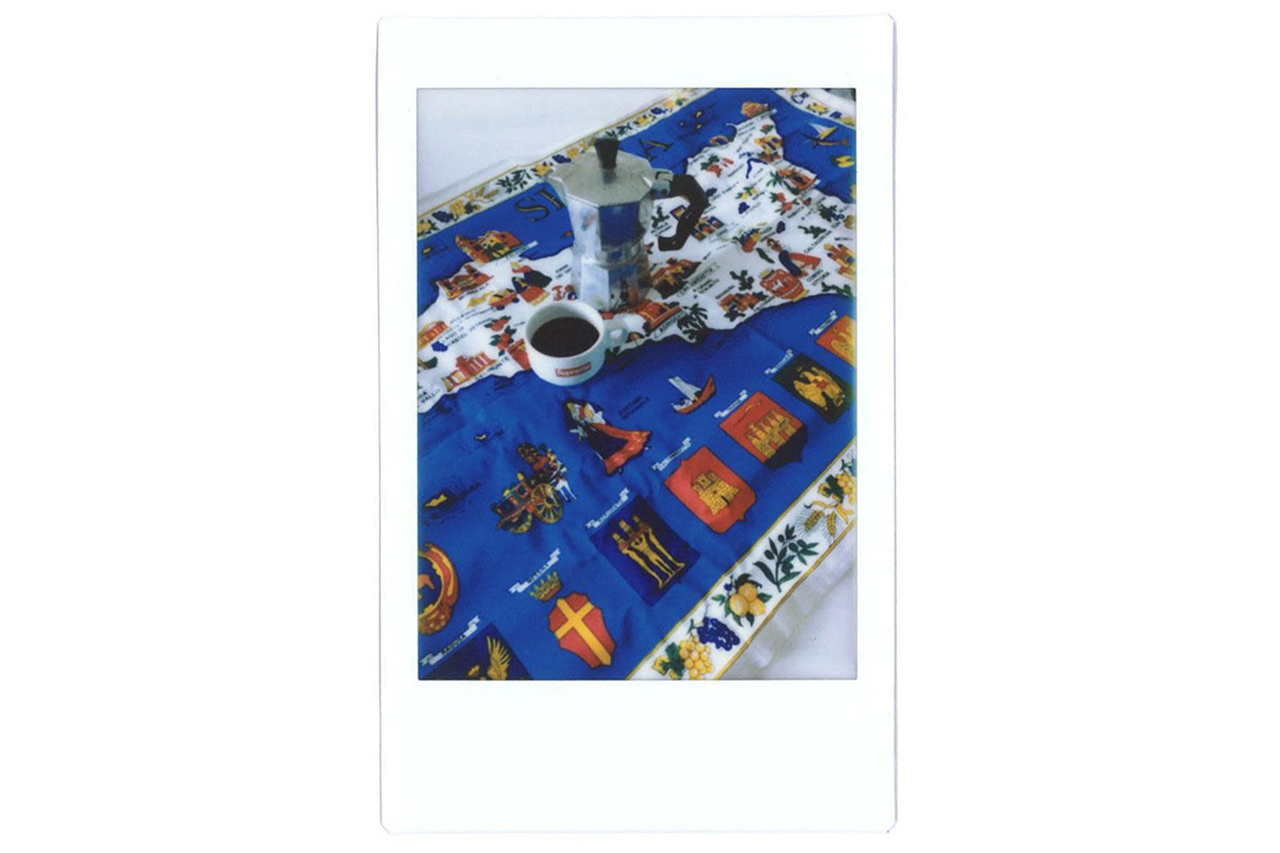 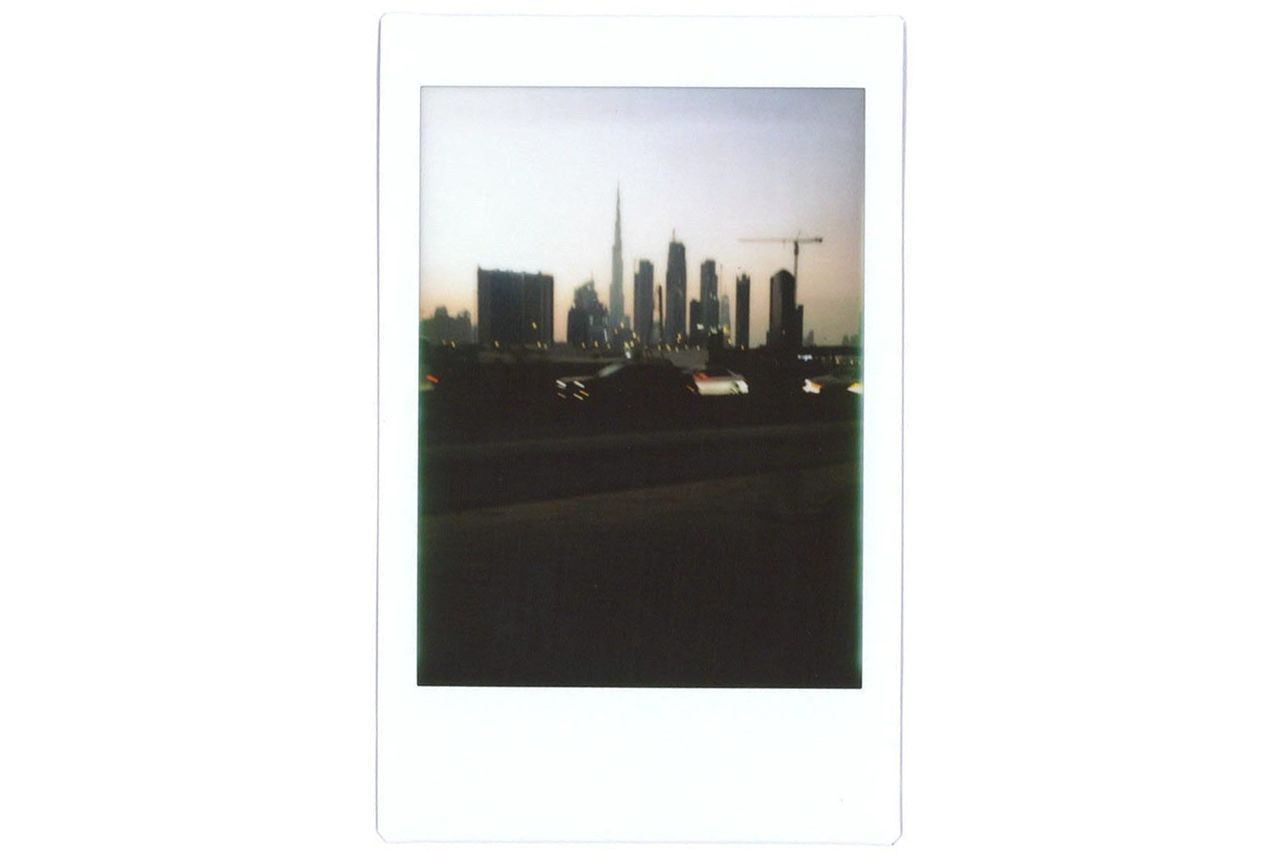 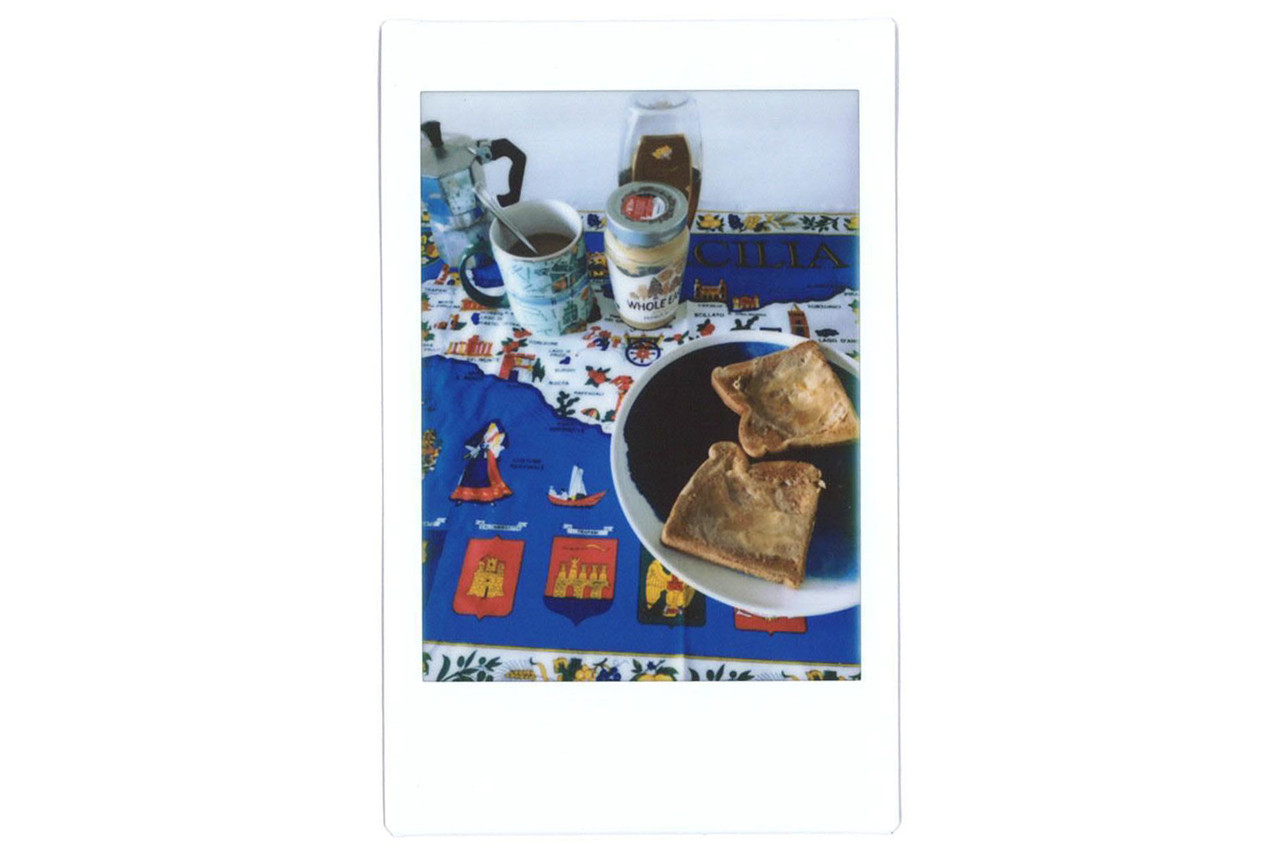 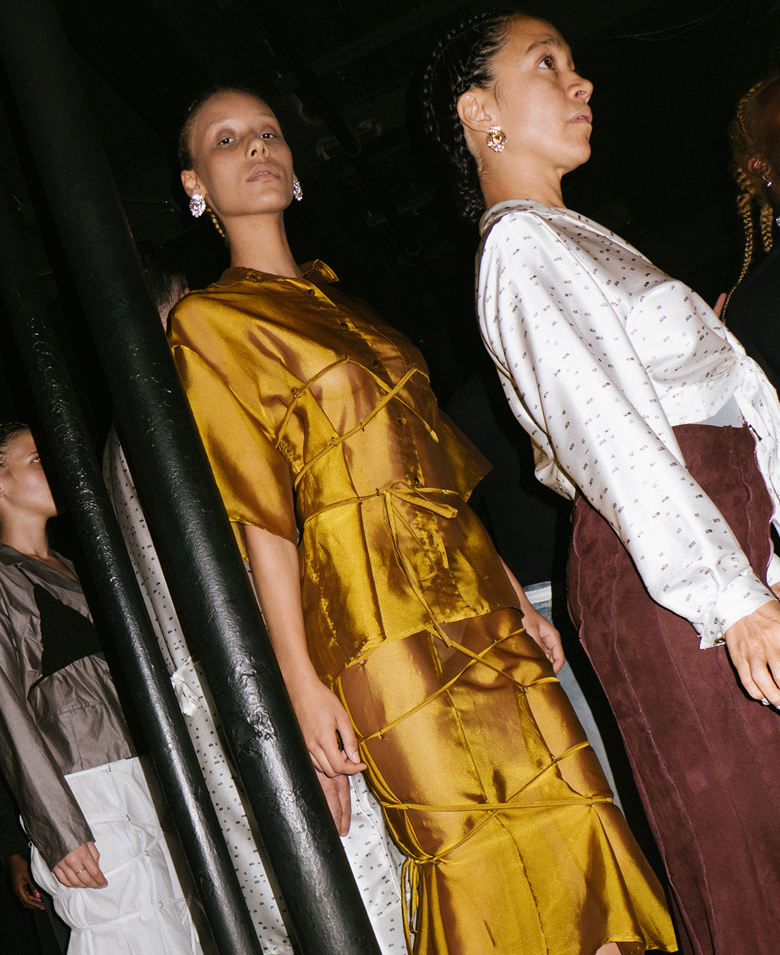 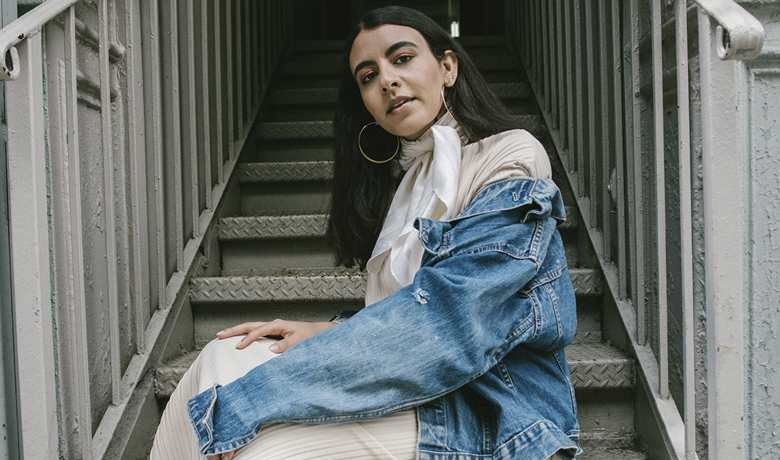