AN INTERVIEW BY SIMONA DELL'UNTO

The mind and property of the famous Potafiori in Milan is one of a strong woman, always smiling and full of words. His passion for flowers, food and the world meet in one place, where time seems to bounce suspended over a thousand changes of light. The common thread was and remains the music. A love that Rosalba, the “cantafiorista”, continues to pursue through all the unpredictable and possible paths of life.
You know when you complicate your life because what you have is never enough? Here you’re in the right place!

Simona. Looking back, where do you think all of this comes from?
Rosalba. From my family. A beautiful large family, we were ten. Food abounded and for me it always meant family, union, sharing of ideas, projects discussions and so on because we sit at the table, we eat and automatically talk. I opened a restaurant, because it really was the sum up of what I am, the bridge which connected all of my passions.
It all started with concerts in my flower shops, offering an aperitif realised by me. The idea was to offer a few things, studied consciously, with a consistency: a memory of beer, bread and pork, or bread, salami and red wine. Everything was always served in a certain way, with deep love and respect.

Simona. So your music has always been a soundtrack?
Rosalba. Sure. I am myself a jazz songwriter. I used to jam in my flower shops, one in Bergamo, one in Milan and up to 500 people used to come. Given the great success and continuous request, I decided to open Potafiori. I could not afford to go on without a certain organization behind me, that’s why I opened a restaurant.

Simona. Was it therefore a necessity?
Rosalba. Yup! Sometimes I say to myself “who made me do it!” Others “thank goodness”. So many things have happened here, thanks to Potafiori. It is really true that with the sacrifice you raise yourself and go far. In my own way, I’m doing things that I never would have thought.

Simona. So having a restaurant was not your original dream?
Rosalba. Absolutely not, I wanted to be a singer. I did everything in my life: I sewed, I was a maid and a bartender. Through all of this I am here today, to go back to singing. I try to tell my story in an unusual way, for example now I’m writing a book that will come out with Vallardi publisher.
It’s ironic, I have an editor and I do not have a record label. I sing since I was a child, I did everything: important weddings, 12 dates sold out at the Blue Note. One might think that the world goes against you, but I think that all my path, accompanied by a bit of luck, is slowly repaying me back. Even if you’re halfway through many things, when you firmly believe in a project and you commit yourself, in the end you can do it. I am 48 years old, I’m on the my third album, I’m next to the release of my book, I have my flowers, the restaurant, I draw coffins…
Yes, coffins! You can do everything if you want to, obviously with the right timing and a deep love, because you do not have to be in a hurry. Things just come.

Simona. Is there therefore also a lot of instinct?
Rosalba. I learned to feel my instinct, that inner push that tells me: “go in that direction!”. Then maybe I’ll use it in 20 years, but anyway I’ll put my whole self in it. You can get rich right away if you want, maybe hurting others, I do not want to. I want to arrive with resilience, with time, patience and the right respect for others. For example, when I presented the coffin line, people looked at me incredulously and hesitantly. I was and I’m so happy with this project that I decided to call Potalove. For those who understand it has a very logical sense, it is full of love and respect for death and the people who leave us.
It is not my presumption, but once I am happy and I understand that something has reason to exist, the bulk of the work is done.

Simona. This is synonymous with enormous serenity and peace with oneself.
Rosalba. Surely! When I was a domestic maid, for example, I was happy. As well as when I sewed overalls and sweatshirts or worked as a bartender. For me it was all a synonymous of beauty, because I was still in contact with the world, people and different realities that could be useful. Now I can make a delicious cappuccino! Every step of life, every love, every apparent disappointment, you need to go further. Obviously, for those who want to understand it.

Simona. Renzo Arbore once said: “Improvisation has marked a whole life. Mine’’
What is your own art of improvisation?
Rosalba. Listening to myself. Understanding when you know inside that you want to get “there”, but you do not know yet what exactly that destination is. Then suddenly you improvise, because it means living. For me improvisation is to live and grasp every part of it.

Simona. What would you do better with a second chance?
Rosalba. I think I give people too much confidence, but I’m like that. My mother always told me “Rosalba, you’re too genuine, too available”. Every now and then you have to protect yourself, but I can never understand what the right time is to do it. Maybe today I’m a little more careful not to talk too much. It’s true, with age you become a bit more wise, but otherwise I’m in love with the world, people and I think that in the end everyone has to make their own experiences.
We must give love, also because everyone is the architect of their own destiny, of their own success and of their own conscience.

Simona. If you had to compose a bouquet of your life, which flowers would you insert?
Rosalba. Wildflowers. Every flower, every herb, from artichokes, thistles, from the ferula, to all the succulent plants that grow on the rocks, hiding something incredible. It is the beauty of the spontaneity of nature.
If I would ever marry a second time, I would pick flowers in a field, even weeds. I would take what is there at that time and make my composition. It would be beautiful.

Simona. What kind of people do you admire?
Rosalba. All the people who made the difference by remaining true to themselves. Women out of the canons, strong, magnetic like Maryl Streep, or Mina for example. Or masters like Gillo Dorfles. When he entered my shop in Via Broggi, I remained astonished: an elegant, brave, avant-garde man. I would also name Miuccia Prada for her inspiration and courage. Beautiful and true I would say! Concrete and courageous.

Simona. Speaking of courage, when do you think you have tested your resilience?
Rosalba. Always. When I speak of resilience, I do it because in the moment of despair, of suffering, I tell myself that it is life and that it has to be lived with all its difficulties. When I opened Potafiori it was like this: the first year was a delirium, but all this gave me the impetus to question myself. It will seem trivial, but it is precisely in the moment of despair, of unease, that we take courage out.
After all, whatever you do, I understand that the important thing is to risk and always tell your passion, for better or for worse.

*
*
*
Rosalba Piccinni interviewed by Simona Dell’Unto and lensed by Claudia Difra.
Milan, May 2018. 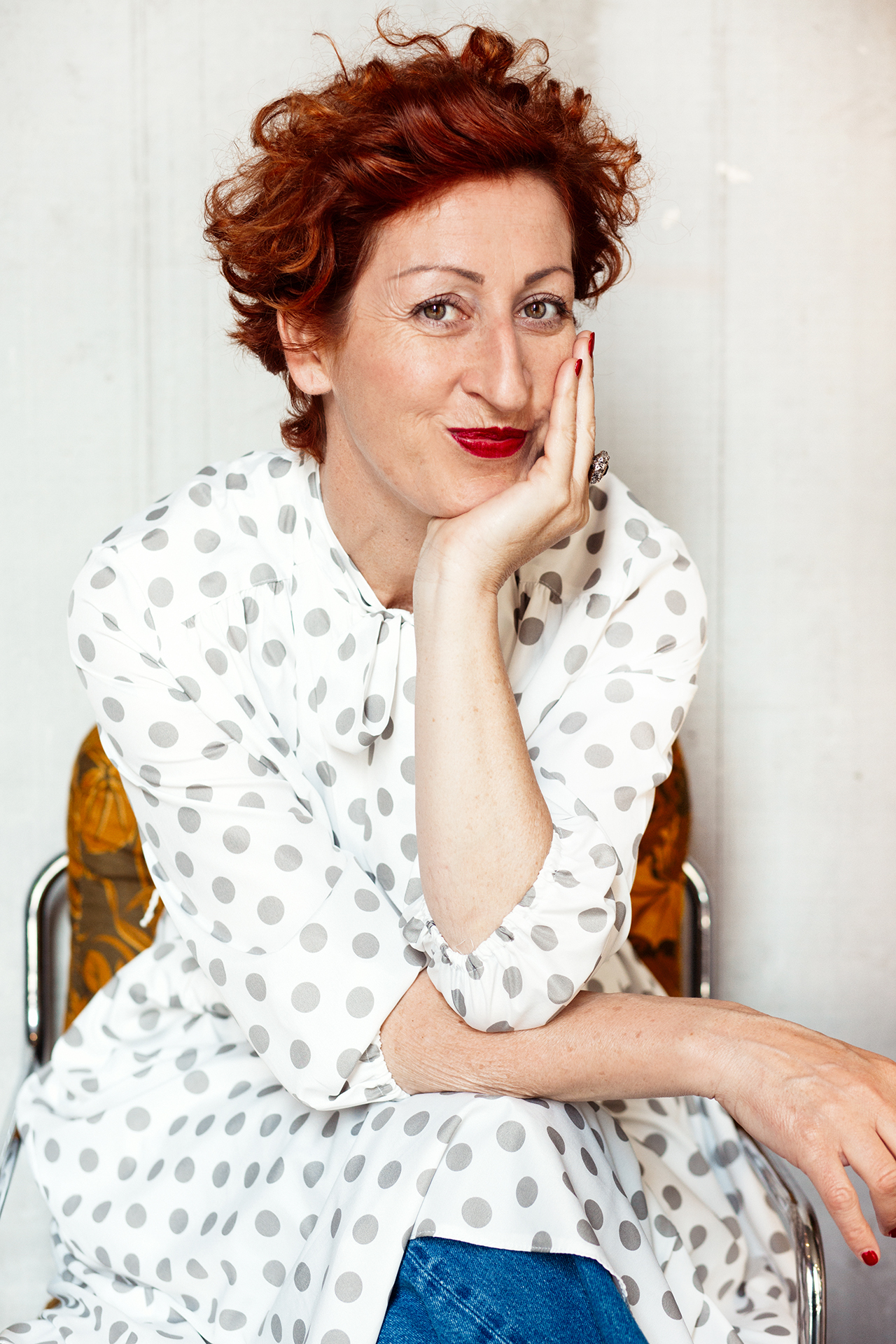 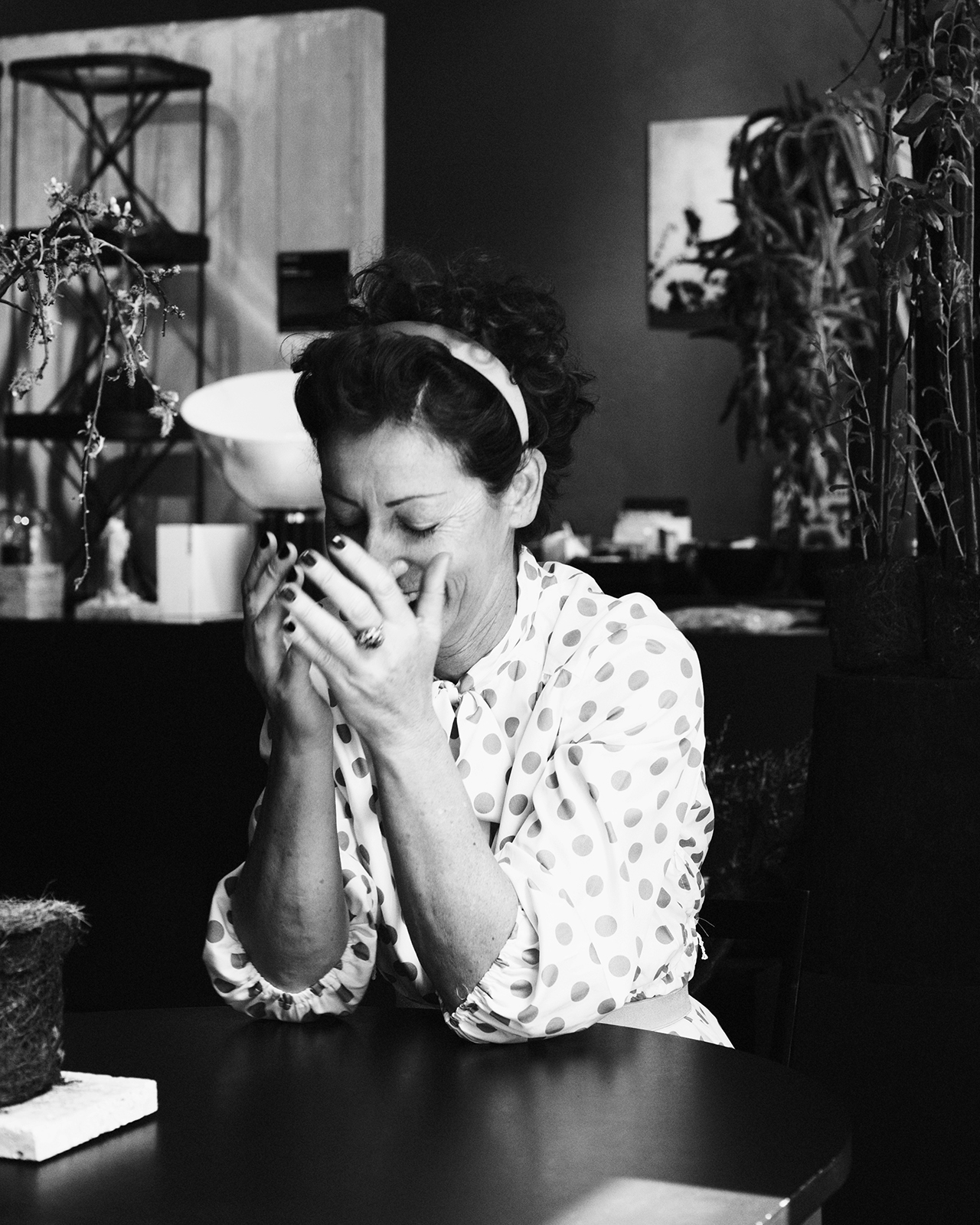 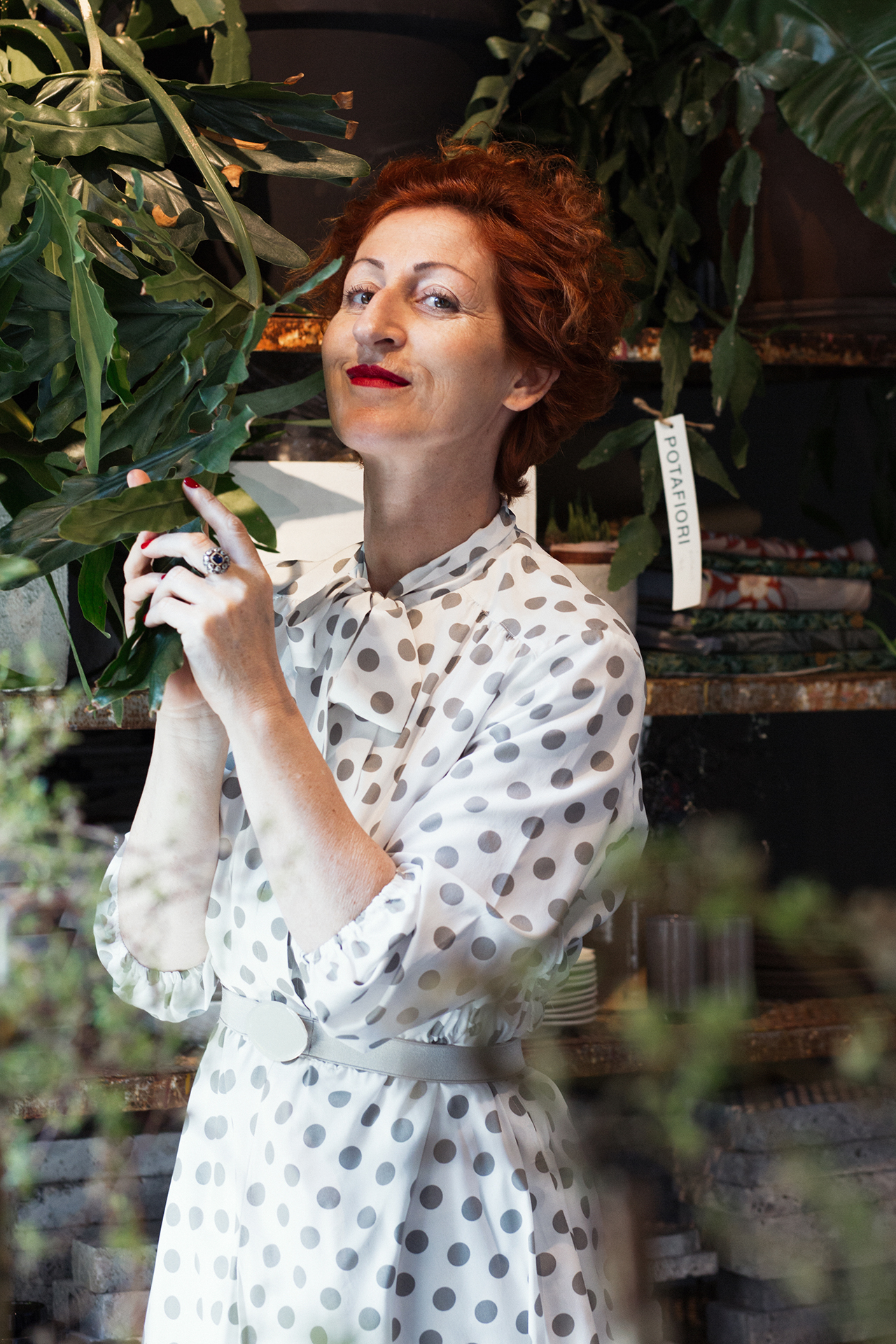 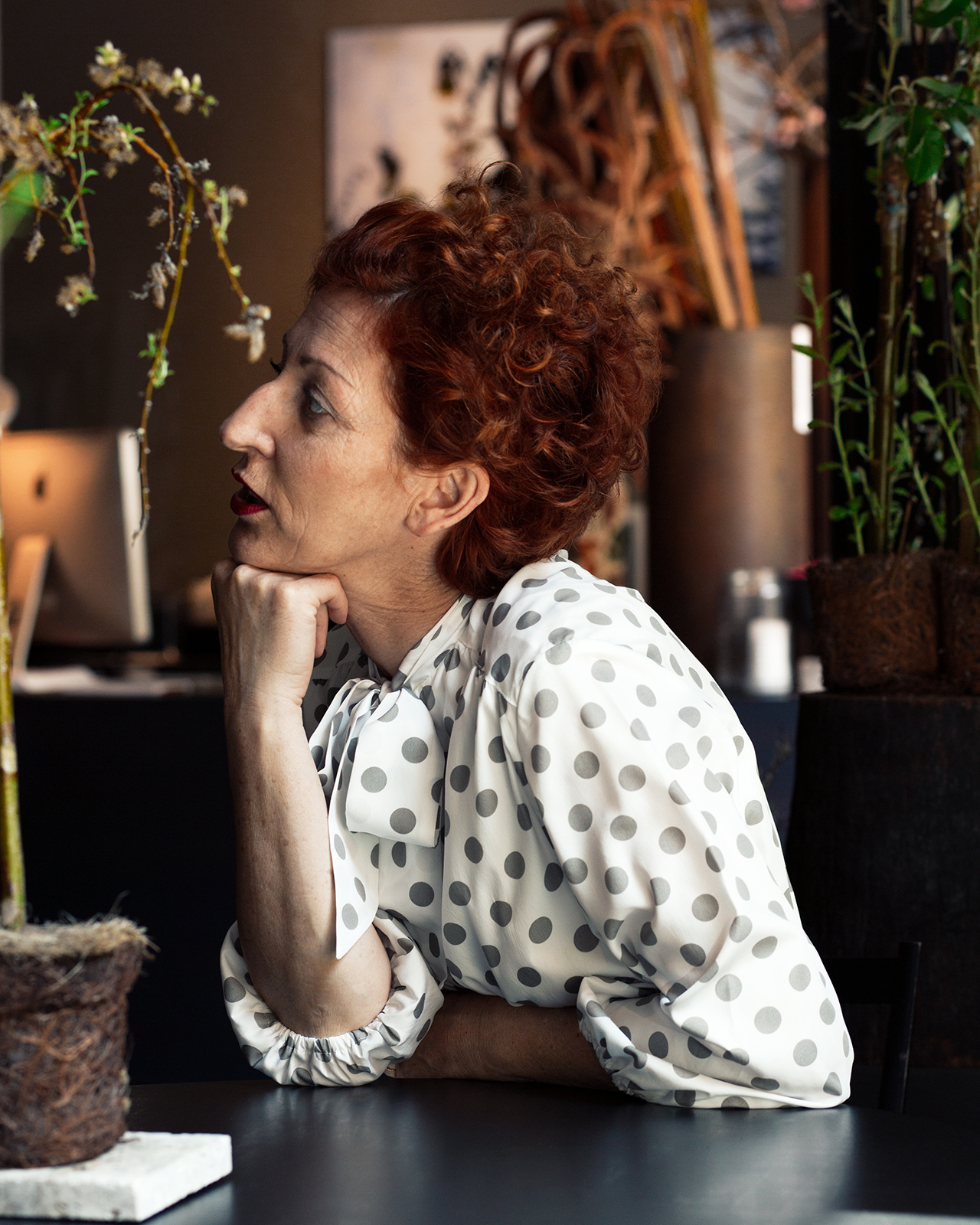 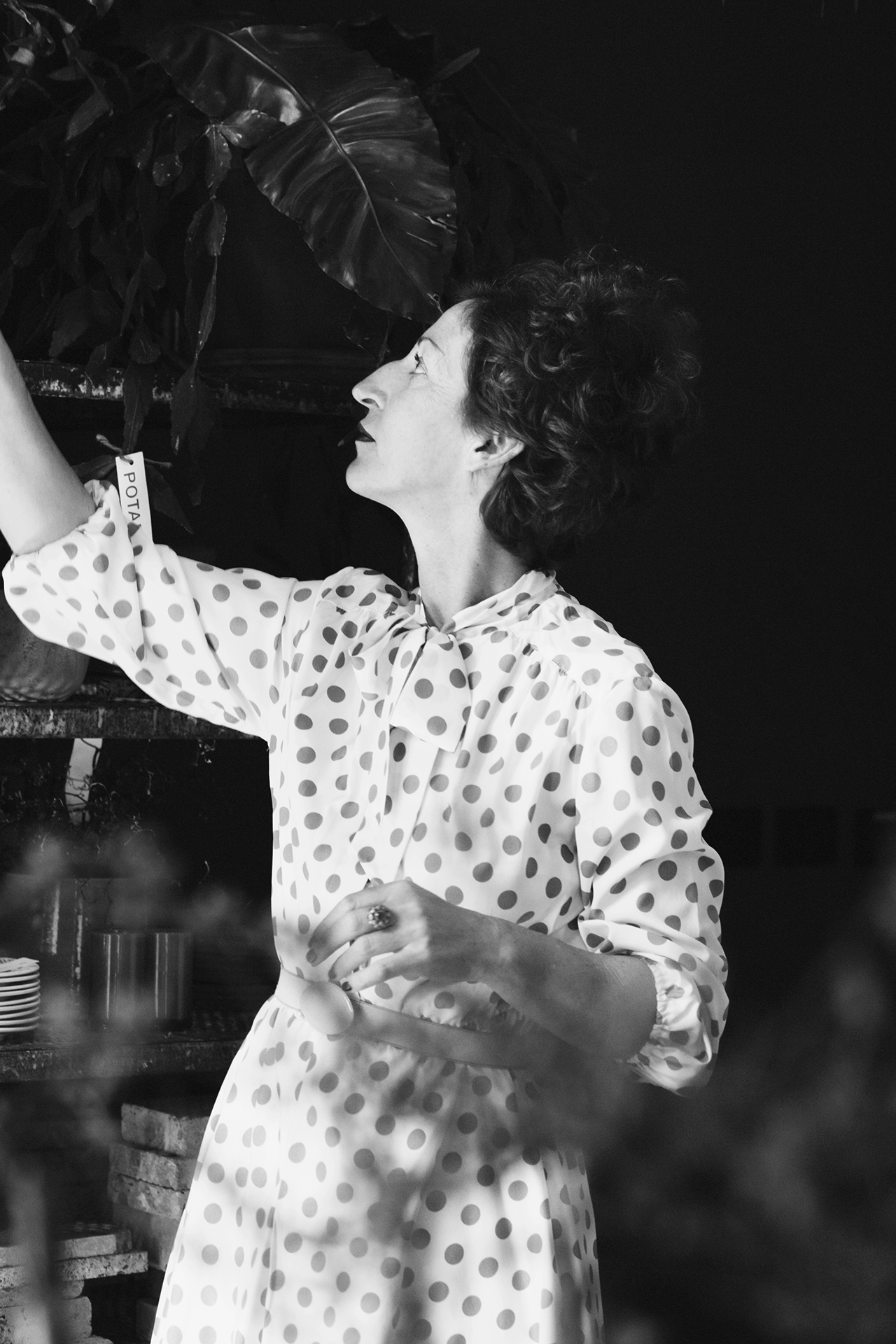 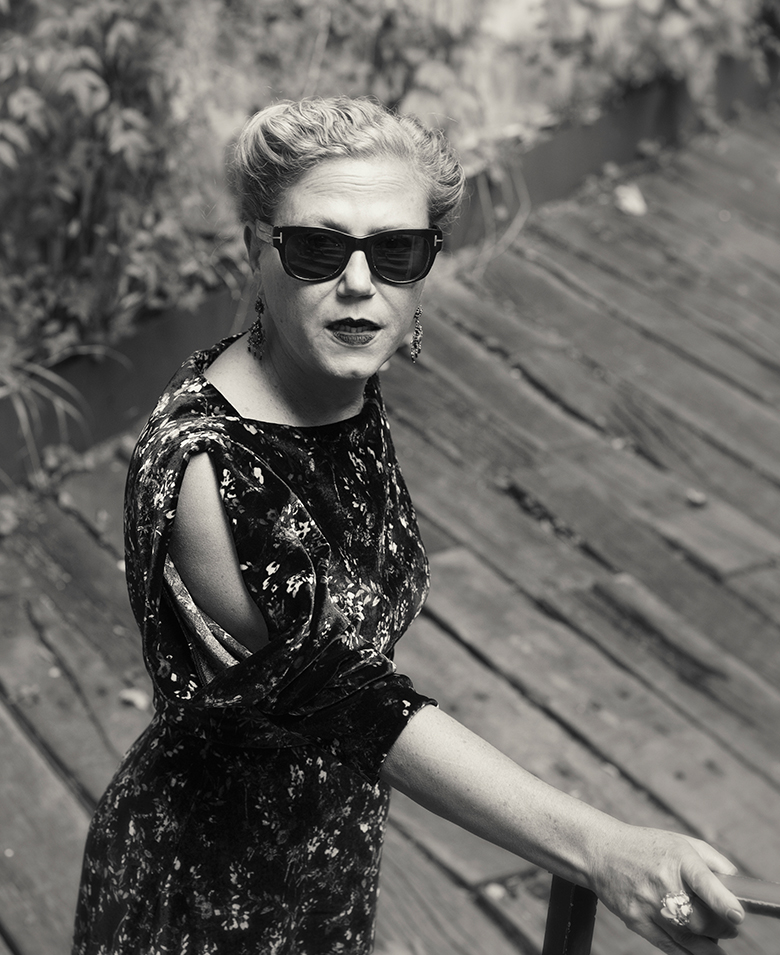 FIVE ENTREPRENEURS YOU SHOULD KNOW 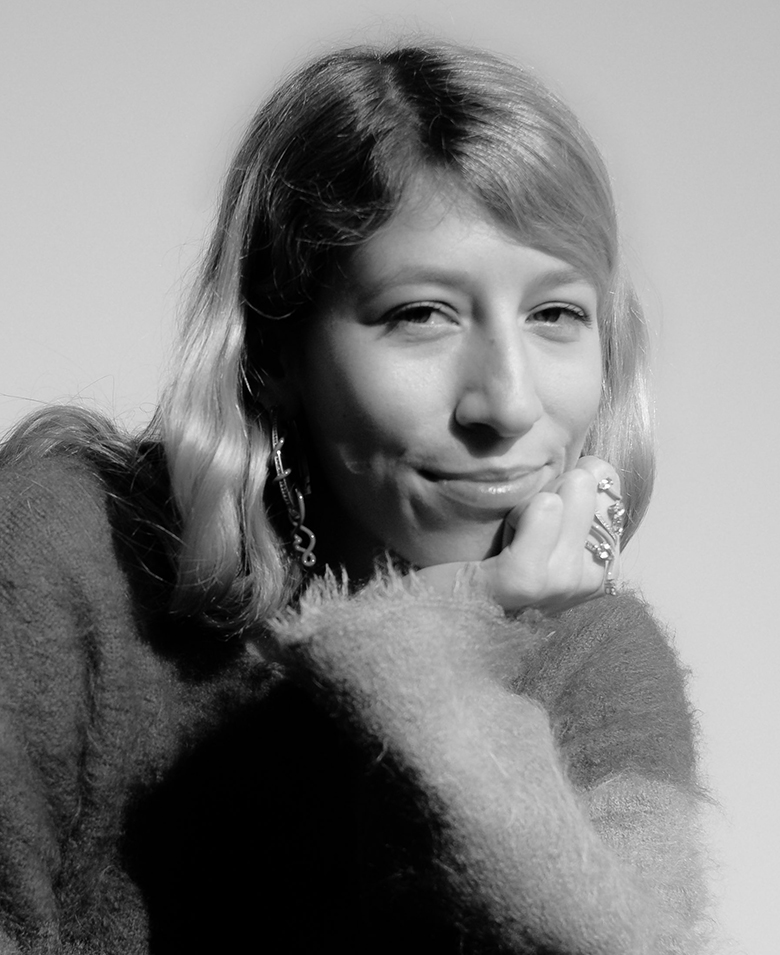