// Be kind and get the party started 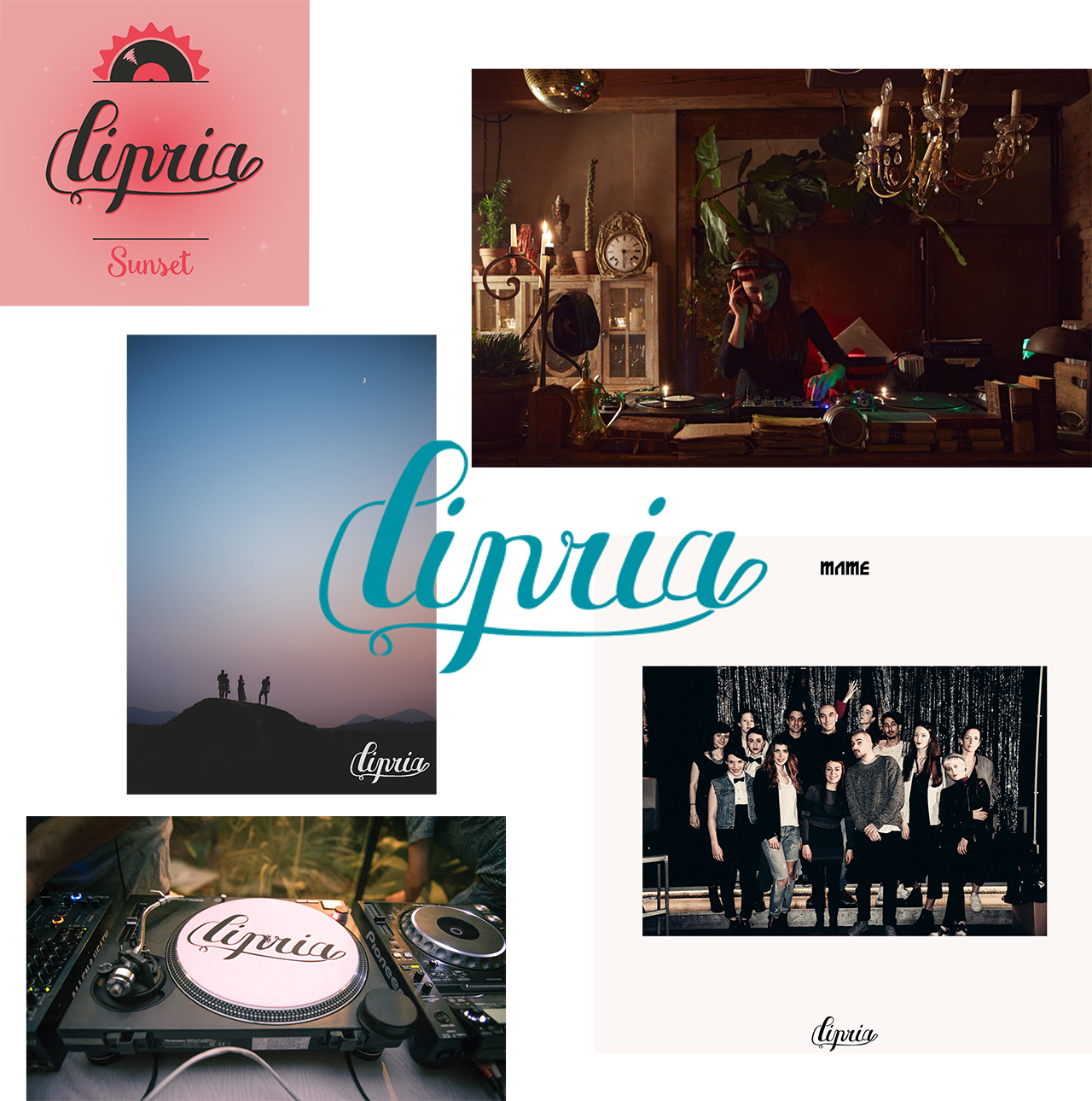 Who run the world? Girls.
Who organize the most magical parties? Always girls.
Welcome to the Marshmellow Disco where dancing is a super democratic activity, sensuality is in the air and everybody are kind and full of love.
Cipria is by girls for girls and is changing the female vision in the clubbing world.
Magnetic, sweet but sassy, they are trying to share some values about races, class, gender and economic quality, and they’re doing it on the dancefloor. Oh yeah.
Meet Alice, the founder of Cipria and find more about our new favourite (pink) nightlife experience.

Federica. Ciao Alice! Tell us about your background. How did you get to where you are now?
Alice. Hi! I’m Alice, I’m a dj, I’ve got a degree in psychology and I used to play the bass guitar as a teenager. A few years ago I decided to start a project with a female touch and so that’s how everything begun…

F. You and your crew are constantly working on new ideas to explore your kind of nightlife experience: Maria Antonietta’s Snack, BBQ Party, Tea with Biscuits but most  important.. Instant Styling Point and Cipria Listening, tell us more!
A. Well, assuming that our focus is the “feeling good” experience we want to ensure to all the participants at our events, we’re always looking for something that can surprise them and make them smile (because surprise it’s important in life, in general).
We can see a lot of different things through all the networks we’re involved but experience them in life is another thing.
The instant styling point was born just to be a site of interaction among people from an horizontal point of view at the beginning of the party. It was a sort of game everyone could partecipate, so you didn’t need to be drunk or stoned to get in touch with other people. A little bit regressive as a point of view but once you feel like an adolescent in an environment full of people you don’t know, it’s nice and you can have fun with a certain intensity.
Cipria listening was instead oriented to invite people to come and listen to the music at the place of necessarely “move”. We did it once in the secret garden of a Castle. People were invited to lay down on the grass, watch at the stars and listen to the journey prepaired by one of our dj- resident, Cristiano Nonnato (wich is a sort of contemporary guru). Some of them felt asleep and dreamt and after that they spontaneously came to us to tell the experience etc… it was pretty nice, even because we did it with a super naïf attitude (not that kind of new age/holistic approach at all).

F. Why go in a smelly dark club when you can dance in villas, castles or on a boat sailing along the Venetian lagoon at sunset?
Tell us why locations are one of Cipria’s key elements and how you can find these incredible places where to party.
A. So, if you’re pretty bored with everything that surrounds you it’s easy to find nice places to do things in. You just need to watch around and find beauty where nobody see it. If you have a good inner radar you don’t need anything more and a little (but just a little) of courage to experiment.

F. You often talk about soft feminist approach, female touch and sensuality in the air when it comes to CIPRIA.
And you are doing a great job in terms of girl power in the clubbing word! But in your opinion, in what others fields close to you, women still should create their own spaces?
A. Everywhere. I never tolerated the victimistic approach to life. If you don’t like something you can try to change it doing things at least in your small environment. Anyway I’m preatty realistic and I think that we have to deal daily with prejudice and sometimes I think that injustices will never end because it’a metter of power, absence of courage and masochism.
In any case I find Cipria a very nice social experiment  .

F. We love Cipria’s artwork so much! Why have you decided in most cases to put illustrations on the events posters instead of other pictures?
A. So, at the beginning it was an ideological choice. Longely the presence of girls in club was related to a metter of image. Their bodies were the ones devoured by guy looks, according to a merely erotic pulsion. I wanted to bring sensuality in club but I needed to clean the field from all that ambiguity before. So for a couple of season we only had illustrations on the events posters. Once our audience understood that we had a different approach I could re-introduce the girls body in our communication.
Because we have to admit: there’s nothing more beauty of happy girls dancing. It brings such a great energy in a room, it’s star dust…

F. What about the boys? Do you have many male dancers attending your party and what’s their thoughts about Cipria?
A. We have all kinds of dancers at our parties. We have a lot of “emancipated” boys (I like to call them like this) because they arrive and they enjoy the party in all their aspects, they don’t go to Cipria only because “there’s a lot of girls”.

F. CIPRIA is an italian word and we couldn’t be more happy about that choice. How much is important for you and your crew doing something in your own country for all the italian girls, with such big resources like the FAI by your side (damn girl!)?
A. It’s being great for us to do our events for two summers at Villa Dei Vescovi (wich is a FAI site) because it matches a lot with our beauty seeker side. We have plenty of beautiful sites in our country, it’s taken for granted, so why don’t party in them?
When we started to play at Villa dei Vescovi in 2015 it seemed to be in a Wes Anderson moovie, so why go in a basement? (indeed I adore basements, as all the small rooms, because you can get a lot of intensity, good pression and energy, but I’m sure you understand what I mean).
Cipria is an Italian word and it comes from the past because we find that value system closer to our approach but it’s not a metter of following tendencies. It’s just the way it is, a sort of Weltanschaung.

F. Thinking about Cipria, we can see a bright, shining, smart and pink (oh lots of pink) future. Which plans do you have in mind for Cipria in the next few years?
A. We hope to give more space and attention to the connection with art. We’re working on the presentation of our last editorial at Ono Arte Gallery in Bologna and we want to do more things related to contemporary art. We will go on seeking beauty even where is super hidden and also we will try to spread the word in other places. I think that the world needs more Cipria .

F. We, SoapOpera girls, like to call ourselves #busysexyeasy (or at least we try!) If you had to choose an hashtag that represents CIPRIA which one would it be?
A. The hashtag would be #shinyhappyhectic even if I’m using a lot in these period #poracciamadiva which meen #pennylessbutdiva. It’s just because I started to work as a waiter durign summer when I was 16 to buy records and go to concerts. So I’m pretty used to work a lot to achieve what I desire and that hashtag represent me very well.
Than if you check our Instagram posts you will find a lot of #disco #mirrorball #glitter etc…

F. If CIPRIA were a movie, a place and a singer which ones would be?
A. It would be the The Three colours Trilogy by Krzysztof Kie?lowski, In The mood for Love by Wong Kar-Wai and a lot of movies from The Nouvelle Vague.
Too much places to be just one (I think that’s why we’re pretty wandering) and as a singer Cipria would be an hybrid among Loleatta Holloway, Evelyn King, Norma Jean Bell & St. Vincent.

F. And if SoapOpera were a cocktail served at your party, which one would be?
A. It would be our next pink cocktail (invented by Luca Sabbadin from Aperitivo al Verde for our next event): Vodka, cherry liquor, raspberry liquor, earl grey tea, lime.

All pictures courtesy of Cipria