// Every (good) painting is a kind of a miracle

I met Davide some years ago at NABA Nuova Accademia Di Belle Arti in Milan.
I was a fashion student at the time while he was attending art class.
He was (like others art students) a strange, deep, charming creature to me and I was kind of jelouse because, someway, he seemed living in his beautiful inspiring own world while for me.. well for me was all about rush, deadlines, chocolate, moodboards, textiles, plus I was not so good at drawing.
After two years of friendship he asked me to pose for him (or maybe I asked it to him, probably.. this could be me sooo me, don’t remember) and I was so excited because I was a huge fan of Davide’s work.
But then he did my portrait. And he hated it.
Now Davide is growing up as visual artist more and more, living in Bruxelles, making exhilarating and weird paitings of Di Caprio and I’m still a huge fan of him.
That’s why I did this interview (and also because I still hope he will do a new portrait of me maybe with Leo someday! Please Davide, something you will like this time.)
So, let me introduces you to one of our favourite young, smart painter who use beauty as “an excuse to say other things”.
Enjoy!

F. Tell us about your background. How did you reach the point you are living right now?
D. I didn’t do nothing very significative in my artistic career, and it’s just since few years that I’ve decided to focus exclusively on painting.
Showing your work in art fairs or exhibitions doesn’t legitimate yourself to declare that you’ve been doing enough.
The road is still very long and i’m just at point 1,5 of 10.

F. Tell us about yourself with three adjectives
D. An idealistic and naive maniac

F. When did you find out you wanted to be and artist?
D. When I was 4-5 (don’t remember clearly) during nursery school time, I started drawing all my family members plus a couple of family friends. The teachers were quite surprised because each portrait had distinctive hallmarks. That was the first relevant “masterpiece” i’ve ever done. After 10 years from that day I was still drawing while my friends (most of them were better than me, my brother included) had stopped, so I would say when I was 15-16 years old I realized that something in me was different regarding making art. I had more hope than others.

F. From the NABA in Milan and the KASK in Gent up to your several exhibitions around Europe: what was the most challenging step that allowed you to grow as young artist?
D. Definetly my move from Milan to Gent. In a way, it was a necessary evil. I’ll be more clear about this: I though it was a good idea going to a small and quite town, with a different mentality than Milan, less theoretical and more practical, at least as it regards painting. There I found time and space to work on my paintings. And of course I’ve made very good friendships.

F. You say that the portrait is the best tool to analyze the idea of beauty today and that image-sharing technologies, such as Tumblr and Instagram, plays a big role in your research. How do you try to enhance and make unique the idea of beauty in your paintings?
D. In my last series of paintings I started to portray Leonardo DiCaprio.
When everyone think about Leo, all the people think about his beauty, but here we got the gap: beauty, after a while, is BORING, that’s why I portray him in weird ways, with bizarre situations and environments. In all those paintings , most of them are not beautiful at all. In other cases they are super kitch. I want to surprise the viewer every time, using beauty as an excuse to say other things.

F. What does it mean beauty for you?
D. Something extremely relative.

F. The “Leonardo Di Caprio” serie is brilliant and intriguing. Why Leo instead of anyone else? Why a public figure?
D. In January 2015 I began to paint Leonardo DiCaprio, in the search for a subject, universally accepted as an icon of beauty and while the actor is here for decades of stardom and changed appearance over the years, he is still the centre of attention in the media worldwide, giving him an iconic status in the collective.
In my work I tried to research and question this phenomenon and demystify today’s conception of the public figure, moving continuously between exaltation and in this process I tried to represent the public and private image of Leonardo DiCaprio, an icon of modern times, combined with references to famous and iconic works of art.

F. Do you prefer to portrait people you know and love or mainstream characters?
D. Portray people you know is something special. But you can’t do it every time. People that you care about and that are available to pose for you are just a few.
Working with mainstream characters is much easier cause they’re printed on sheet so you can take your time and see what still can happen. Every (good) painting is a kind of a miracle.

F. As a young creative person which difficulties did you encounter when you approached the art world after your studies?
D. You need to be in the right place and in the right time and don’t give up. The society has to be open to listen what you want to say. Otherwise you’re just throwing things in the “cloaca maxima”.

F. One of your painting was recently selected as the cover of Exibart 95: that’s great! How does it feel to have reach such big goal? What’s next?
D. It feels good, I just want to say thanks to Elisabetta Euly, Matteo Bergamini, Adriana Polveroni, Alessandro Scarabello, Louis Samain and all the other people who have made this thing possible.
“First we take Manhattan, then we take Berlin… ”
Leonard Cohen

F. We are living in hard times right now so what advice would you share with every creative interested in starting an artistic academic path?
D. The biggest difficulty is that as long as you’re in the academy you don’t realize many things. It is like being inside a big bubble. In academy there are hierarchies, even among students, but outside, everything changes. The big bubble bursts and no matter how successful you can be, the only thing that matters is to last for years. I saw dozens of top students disappear into thin air after their studies. So in the end, is not important to have a solo show at 21. It’s more important to arrive at 35 and still be in the art world.

F. A place, an artist and a film you feel yours
D. A place:  The Metropolitan Museum of Art, NY.
An artist: Il Bronzino.
A film: The Bad Lieutenant (1992).

F. We SoapOpera girls like to call ourselves #busysexyeasy (or at least we try to!) If you had to choose a hashtag that represents your lifestyle which would it be?
D. #killyouridols

F. Where do you see yourself in 10 years?
D. Working in a huge studio in Greenpoint, Brooklyn, drinking Vanilla Cola, going back to make some performances and videos, keep on listening Guns N Roses & Metallica. 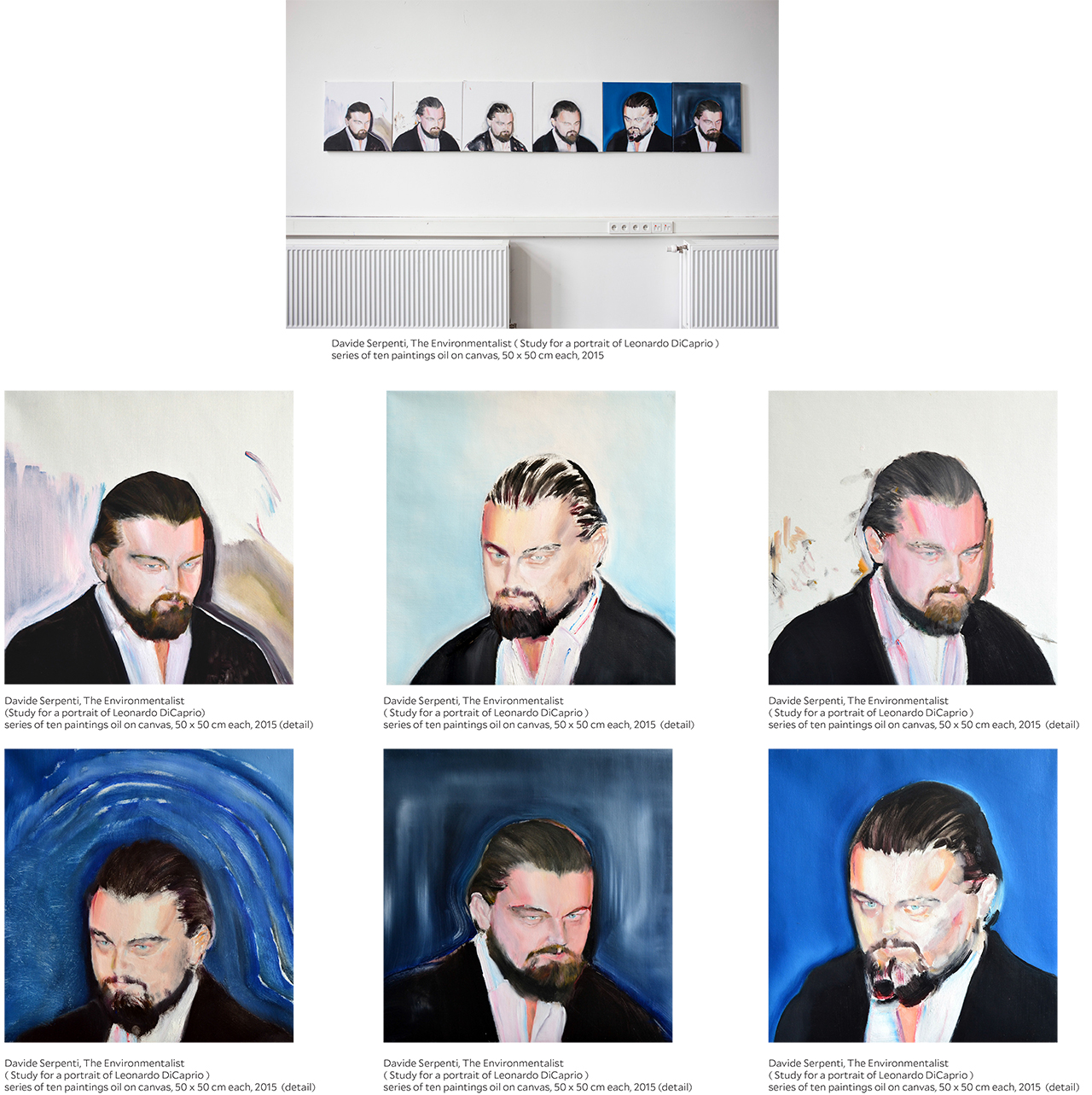