// Every House Has Its Tropical Side

AN INTERVIEW BY SIMONA DELL'UNTO

Mariana Martini, Brazilian-born architect and Milanese by adoption, told us about the birth of her passion for interior design and her close relationship with the tropical. In Milan, her namesake studio is a treasure chest where her dream of bringing a bit of Brazil to Italy has come true.
A dream that started from afar, which in reality has always been within her since she was very young.

Simona. How were you as a child and what did you dream of becoming growing up? Mariana. I’ve always wanted to have an office. I liked the idea of having a desk and live surrounded by the stationery. I grew up with the example of my engineer father and my architect aunt, as well as my mother, employed in the bank with her workstation. I imagined that when I’d grow up I too would have had my own place, with a table and all the necessary materials. Plus, I was practically obsessed with changing spaces. As a child, at least three times a year, I changed the arrangement of the furniture in my bedroom. I liked the idea of going to sleep and then waking up the next morning in a different room. At ten, I went to my friends’ house and did the same. It is really true when we say that we are born with a vocation.

Simona. Why did you decide to study Architecture in Brazil?
Mariana. I never wanted to do anything else. In my five years of architecture, my belief has consolidated even more and right there, my close relationship with botanical elements began. My university was immersed in tropical greenery: the structure of the building was juxtaposed with stones, mountains, and plants that gave you the illusion of being in a jungle. Between one building and another, I passed through the greenery and was immersed in nature. It is the wildest part of Rio de Janeiro and has always fascinated me a lot.

Simona. Then you came to Milan, you attended a master at the Marangoni Institute, gained experience at Matteo Thun & Partners and finally opened your studio. It seems that Milan has given you much in return. What is your relationship with the city?
Mariana. The first moment I arrived here, the city seemed strange to me. I was going to live alone for the first time and it was a time of enormous change for me. At the beginning my problem was the weather, it was so cold for me. I had lived in New York for a few months, but it is different when you know that you will not be passing through, but that you will have to get used to that new climate for you. I arrived in Milan in the autumn and it seemed to be a cold city, in every sense. Then spring came, the trees bloomed and I realized that it was not as frozen as I thought. It is full of green ‘corridors’ here and I started looking at it from another point of view. I was used to seeing beaches after beaches, instead of in Milan I got to know life in parks and I understood that there are other ways to experience a city and enjoy its nature. Somehow it brought me back to life, I had to start all over again, even human relationships. I like Milan, it is a lively and intimate city. Coming from a huge city like Rio, I appreciate the human dimension of this place.

Simona. On your Instagram profile, it reads “We bring the tropical to the city”. How did you do that
Mariana. For me, the tropical in the city is to imagine, for example, a Milanese in Rio. I imagine this person on vacation, in a house inserted in a seaside town. In such a situation, I like to think that one can realize the possibility of being able to work, but at the same time enjoy nature and the wonderful feeling of being on vacation. My idea is to bring this atmosphere here to Milan: the illusion of being, every day, in a beautiful hotel in Rio, staying at home.

Simona. I can’t imagine a house without natural elements. Whether they are plants, decorative elements or colors, it is automatic for me. Do you remember in your projects a job in which you had to insert your ‘Tropical’ unusually and unexpectedly for you?
Mariana. Yes, the first time I worked on an Airbnb project. In such a situation, you can’t always have plants, because maybe there isn’t someone who can take care of them as you should. Since I don’t particularly like fake plants, I had to re-invent. I started to insert botanical or animal print wallpaper, rattan wall lights, and materials that, by touch and sight, bring us closer to nature. It seemed a bit like being in a chiringuito. From that moment on, I started playing: papers, natural colored coverings, furnishings, everything can be functional and reinvented to build a tropical atmosphere in the city.

Simona. Being an interior designer allows you to enter people’s lives. Somehow we need to get to know each other a little, understand the needs and reinterpret the space available. Did this dialogue with the customer always come naturally to you or did you have to learn how to manage it?
Mariana. Both of the options. According to me, 90% of my work is residential, so I am very much in contact with people’s private lives. When I work on hotels or businesses, the approach is completely different. In residential, you work with people’s dreams, especially when it’s their first home. The projects and wishes are many and important. It is a very intimate relationship and you need a lot of delicacies. Most of the time I deal with couples and the last thing I would like is to have created a discussion, so you have to find the right way. I consider myself lucky because I have always had extreme ease in communicating and establishing a human relationship with others. I was born that way. When it comes to a project, however, this is not enough. Many times, it happens that you have to be able to make customers understand that certain requests do not apply to their space. There you have to find a way to make people change their minds, without going into discussions or generating fights. This part you learn to manage thanks to the experience and situations you face.

Simona. Speaking of dialogue, on your social channels, there are several videos in which you tell about yourself. Besides being something extremely useful, I think it also creates a direct line with the people who follow you. How did this idea of telling yourself come to life?
Mariana. As I said, I have extreme ease in communicating. When I started I had no particular plans, I simply shared my thoughts or topics. These videos then accumulated, I put them together and I also started using IGtv. In short, I experimented. The views increased, people appreciated and interacted with me; as a result, I continued to share my thoughts with them. Then I met a video maker who proposed me to work together and we started shooting some videos in my studio. I let myself be inspired by the questions that come to me and together we found a format. Experimenting and trying has never frightened me, quite the contrary.

Simona. Let’s pretend we’re in an interview where you’re looking for a new young collaborator to join your team. What are you looking for in this person?
Mariana. Surely the first thing I look at is not experience. I’m interested in working with communicative and ironic people, it’s my personality, but in reality, the most important thing is the desire to do and learn. The interest is then the winning card and it is immediately clear whether it is alive or not, I would say from the first contact by e-mail. To collaborate with me, a person must be informed of my studio and have already our target clear. I believe this is the fundamental aspect: knowing what you want makes people unique. 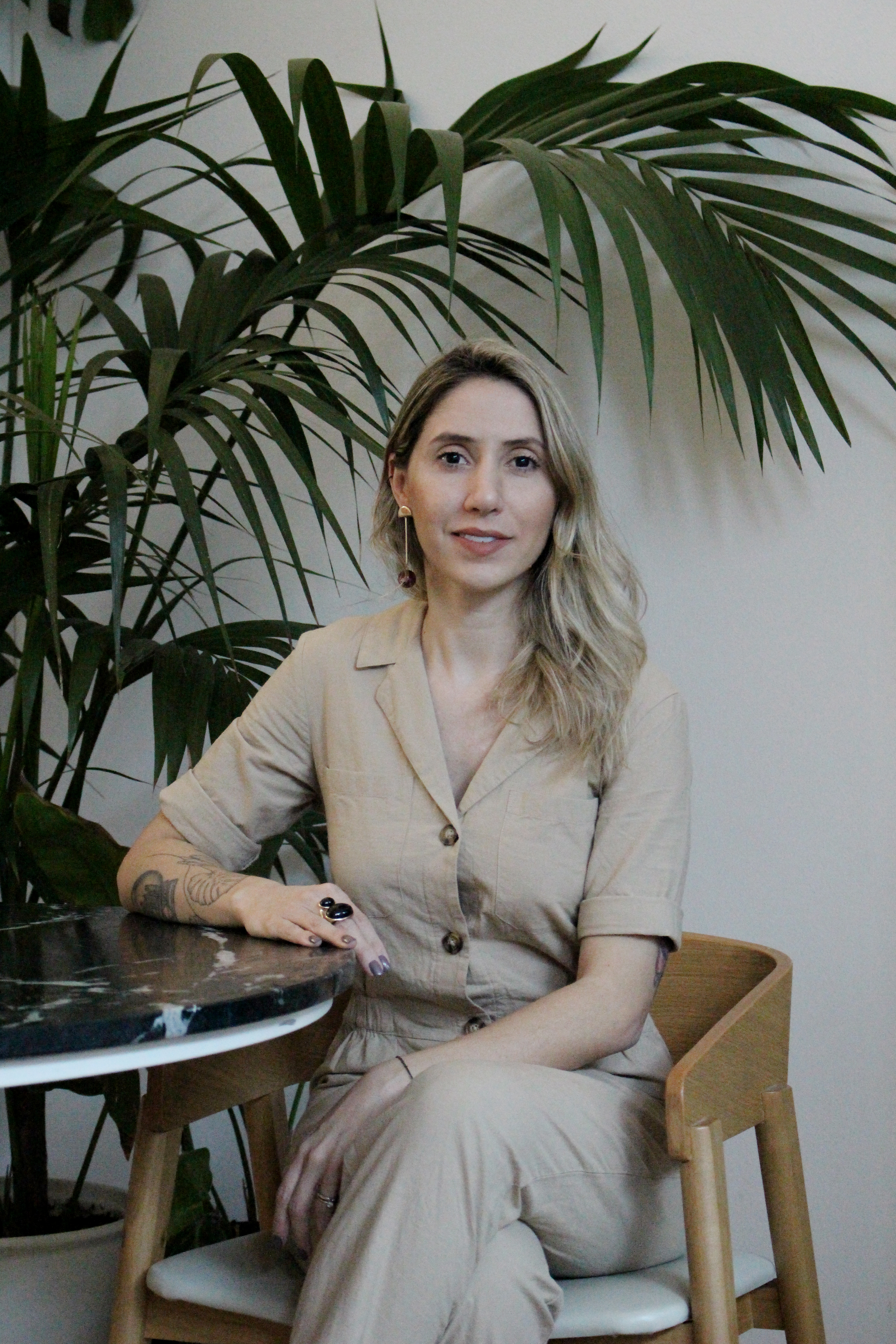 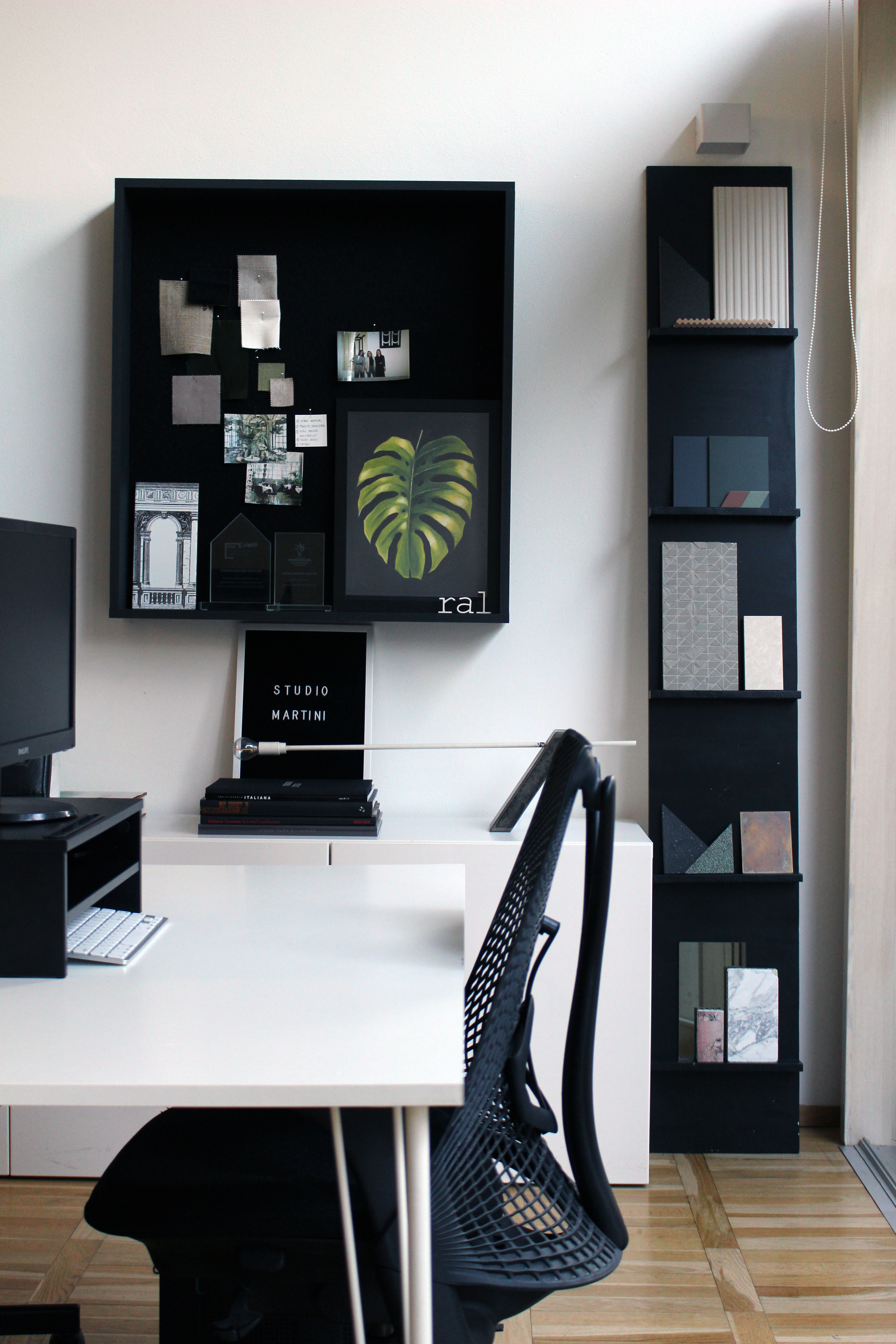 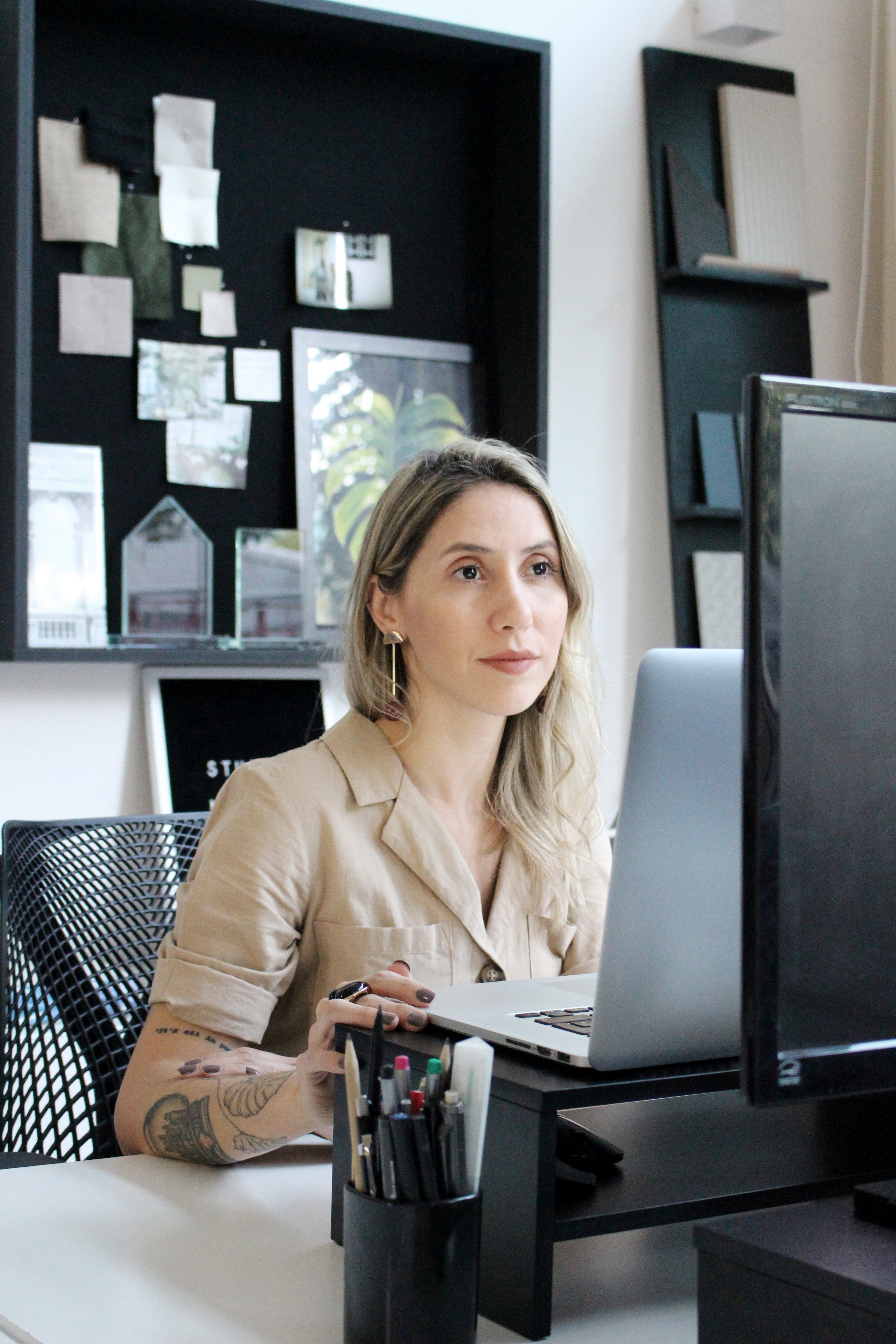 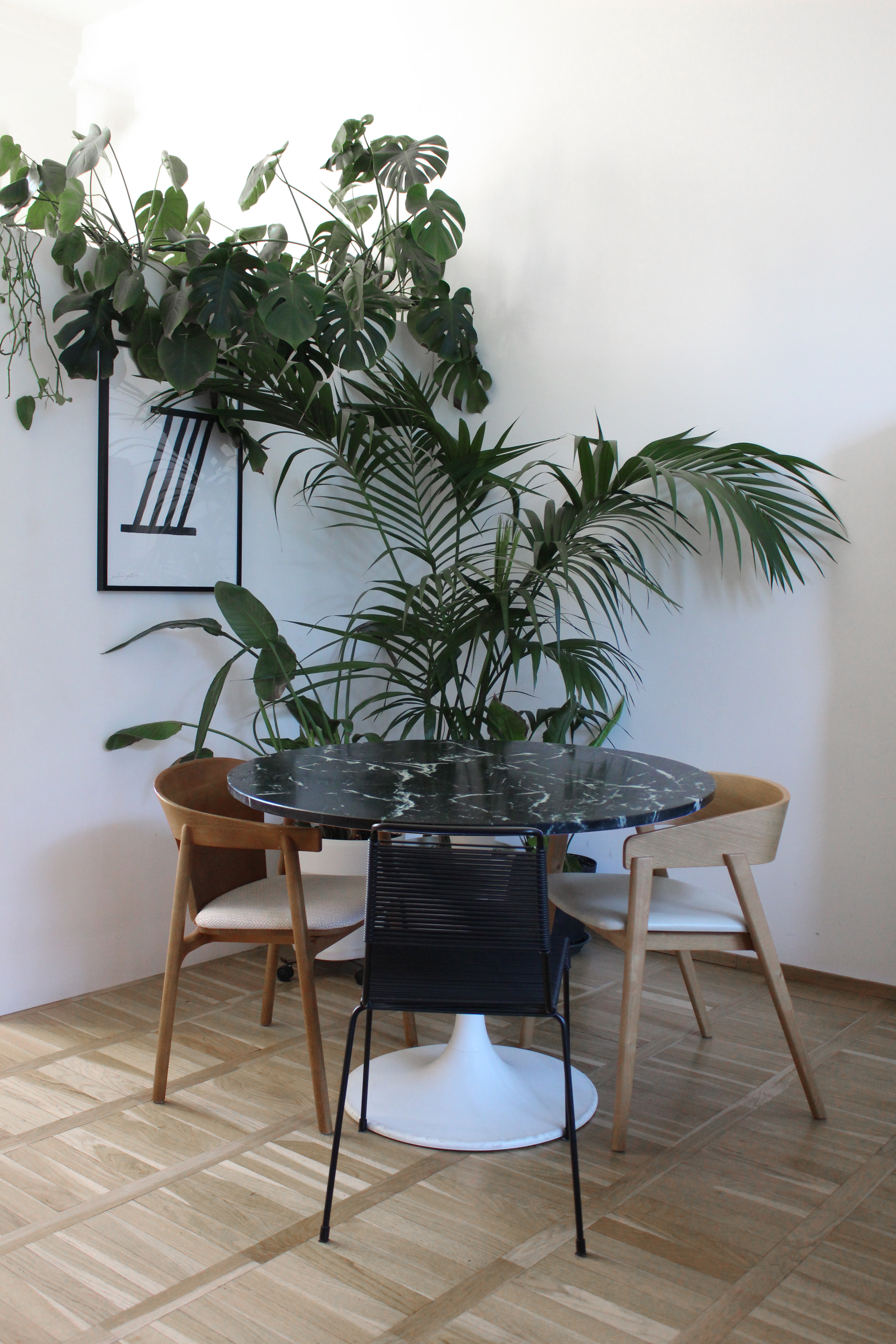 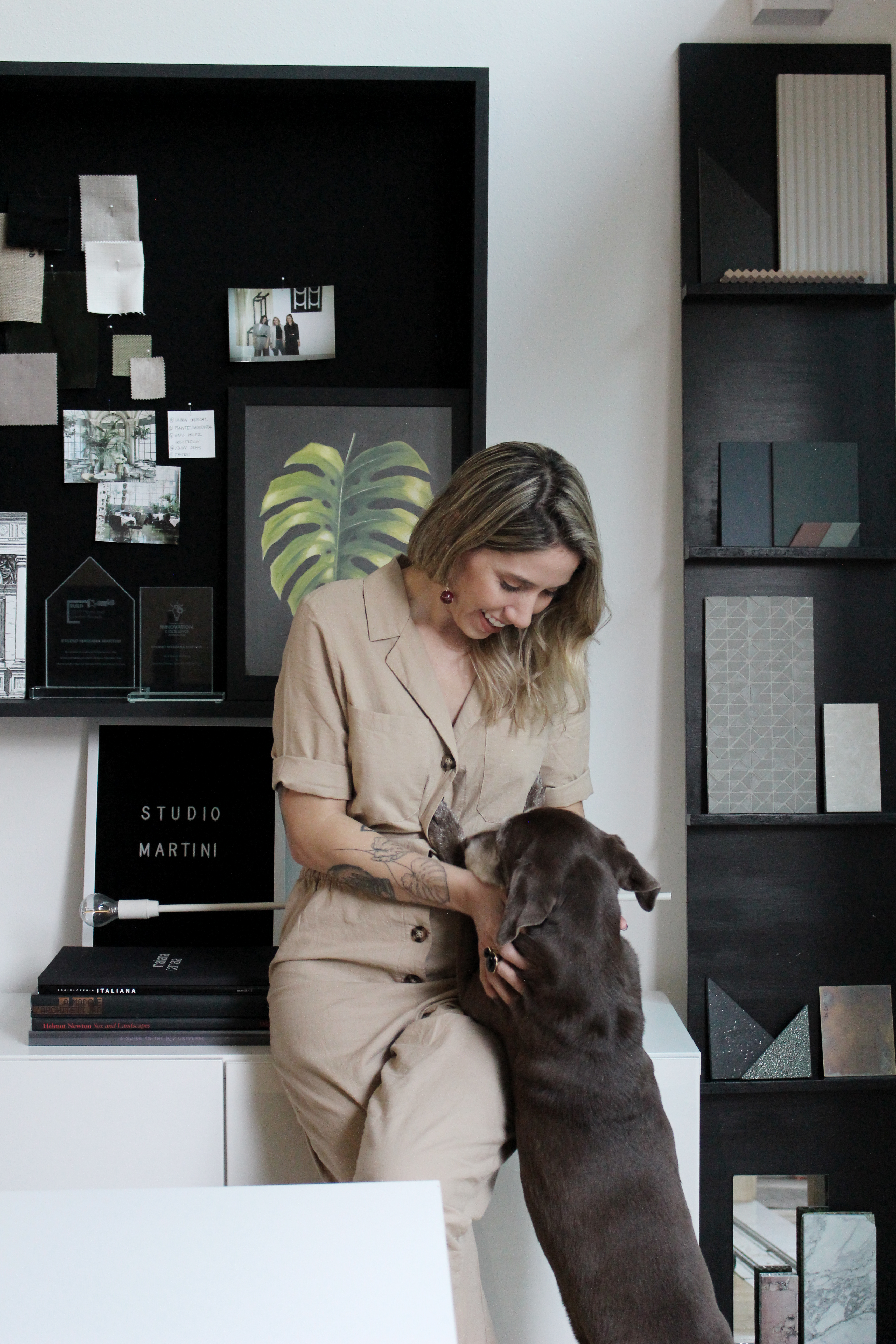 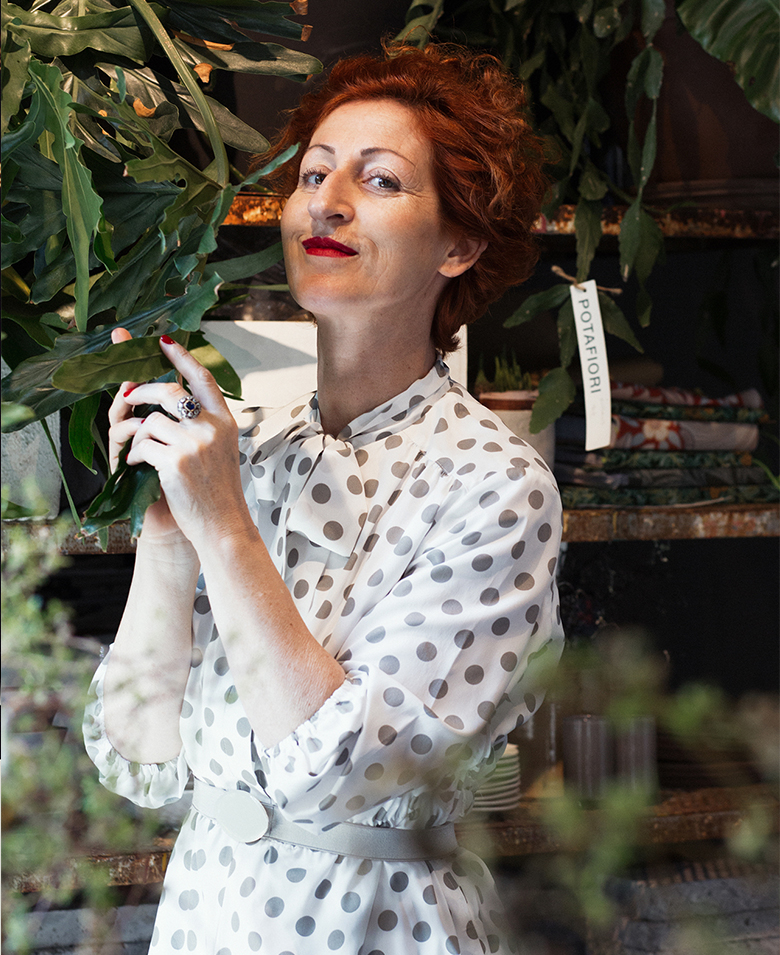 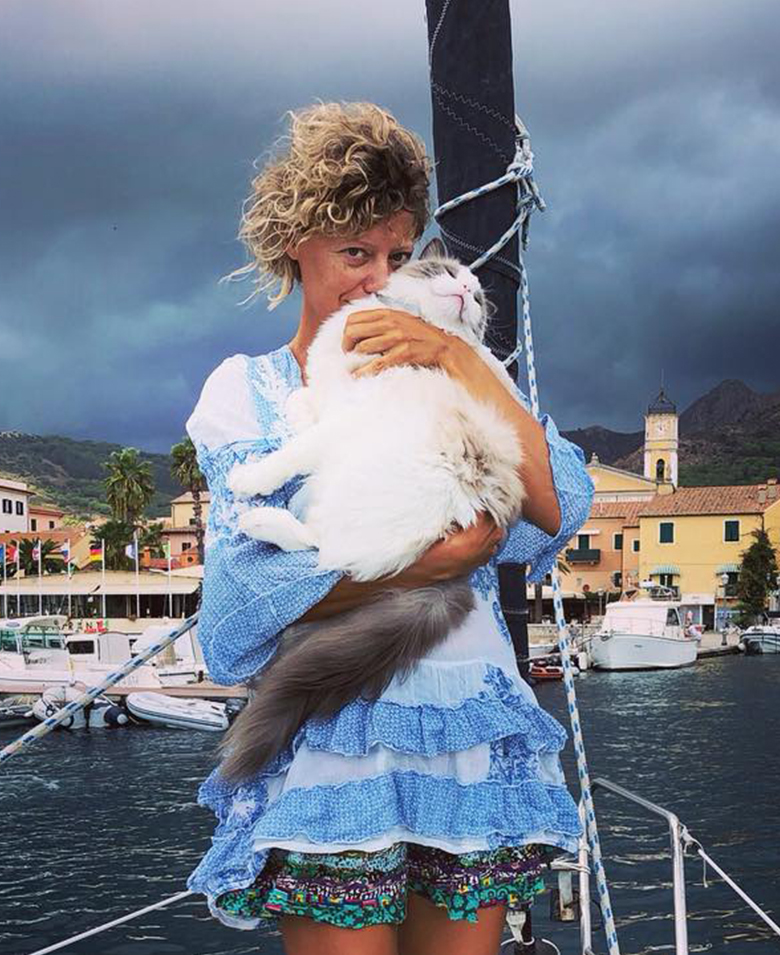